Fifty years ago a massive flood in Florence put thousands of works in jeopardy. Now a great painting was finally restored to its original glory.

Exactly 50 years ago, on Nov. 4, 1966, the river Arno burst its banks and raced through Florence in the worst flood the city had seen in centuries.

Muddy waters rushed into my family's home as well as into the homes of thousands of Florentines. The flood came with little warning, claiming the lives of 34 people. Raging torrents entered streets, houses, shops, museums, churches and libraries.

Thousands of frescoes, paintings, sculptures and rare books were destroyed or terribly damaged by slime in one of the greatest cultural disasters of modern times.

Such was the devastation that an army of young volunteers - known as "the mud angels" - came from all over Europe and America to help rescue Florence's treasures.

The prompt intervention of restorers and new methods of restoration in the following decades made it possible to salvage almost all of the damaged artworks.

One masterpiece, however, was considered beyond saving. Giorgio Vasari's "Last Supper," a large painting on five wooden panels, remained for four decades in storage, and restorers did not even dare to touch the cracked panels.

"It's a dream that has become reality," Marco Ciatti, head of the renowned restoration center Opificio delle Pietre Dure (OPD) in Florence, said.

More than 8 feet high and 21 feet across, Vasaris' painting was commissioned by the nuns of the Murate convent in Florence. Vasari was best known for writing one of the first great books of art history, "Lives of the Most Excellent Italian Painters, Sculptors." He was also a painter and architect.

The nuns' cloistered rule prohibited male artists from staying in the convent, so Vasari split the painting of Christ and his disciples into five portable poplar panels so he could work on the piece elsewhere and then transport it into the convent in parts. He completed the monumental painting in 1546.

After being moved several times, the "Last Supper" was installed at the museum of Santa Croce Church. When the river flooded, it remained completely immersed in filthy, oily water for at least 12 hours.

In the first hours after the flood, a team of restorers, led by art conservator Umberto Baldini, separated the panels and attached protective sheets of Japanese paper all over them in a desperate attempt to prevent the paint from flaking off.

"We can now say that system has worked. However, the glue used to attach the paper was a very strong acrylic resin which over the decades became an impermeable plate," Ciatti told Seeker.

One of the panels as it appeared 10 years ago. | Credit: Rossella Lorenzi

When Ciatti showed me the panels 10 years ago, on the 40th anniversary of the flood, all I could see was a gray crust. Laying horizontally in the cavernous OPD lab, the panels were a sorry sight. Vasari's painting was totally unviewable under a crust of dried, cracked paper.

Ciatti's team had to face several issues. First, there was the problem of the wood support and the ground layer underneath the painting. Consisting of a binder, chalk and animal glue, this layer was the surface for the paint.

"As the wood panels dried, they shrank, stressing the painting's surface. Meanwhile the chalk and glue, which are soluble in water, degraded dramatically," Ciatti said.

"The contraction of the wood and the decohesion of the ground layer caused the painted surface to detach," he added.

Meanwhile, restorers faced another problem: how to peel the paper and the resin away without removing Vasari's paint.

Ten years ago, Roberto Bellucci, senior painting conservator at the Opificio, figured out how to remove the paper layer and the acrylic resin used as a glue. During my visit at the Opificio, I was lucky to see a bearded St. Peter emerging from the paper crust for the first time in 40 years.

Surprisingly, the blue and yellow of St. Peter's clothes were still vivid and looked much as they did before the flood.

"The color was still there, beneath the dirt, the glue and the paper. Without Baldini's emergency intervention, the painting would have been lost forever," Ciatti said.

When the Getty Foundation and Prada provided a major grant to the OPD, Ciatti's team was able to restore the wood panels and stabilize the artwork in four year's time.

Senior painting conservator Ciro Castelli returned the wood to its original size by taking advantage of the splits that had opened in the waterlogged panels. Tiny slivers of poplar wood were inserted in the gaps to counter the contraction of the wood.

Using special synthetic resins, Bellucci managed to restore adhesion of the flaked paint to the surface, while securing the ground layer.

"The result is amazing. It went beyond my expectations. Our success is due to innovative products and technologies, but most of all to the dexterity of our restorers," Ciatti said.

The "Last Supper" now appears in all its glory of vibrant color, light and shadow.

Ciatti explained that any minor loss of color in the painting was not caused by the flood but likely by previous restoration efforts. He found inscriptions describing at least two interventions on the painting in 1594 and 1718.

The artwork is now displayed at the Opera di Santa Croce in a gilded, climate-controlled frame.

"A restoration doesn't return a painting to its original condition. The "Last Supper" will remain an extremely fragile work. It must avoid changes in humidity," Ciatti said.

Future floods - Florence had suffered more than 50 floods in the past 900 years - shouldn't be a problem anymore for Vasari's masterpiece. A system has been devised to mechanically hoist the painting to a safe height of 20 feet within five to 10 minutes.

With Italy reeling from recent earthquakes, the resurrection of Vasari's "Last Supper" has turned into a message of hope.

"What appeared to be dead, has come back to light and color," said Irene Sanesi, president of the Opera di Santa Croce in Florence.

WATCH VIDEO: Florence's Great Flood: This DNews video shot 10 years ago tells the story of Florence's disaster and shows Vasari's "Last Supper" at the beginning of the restoration. 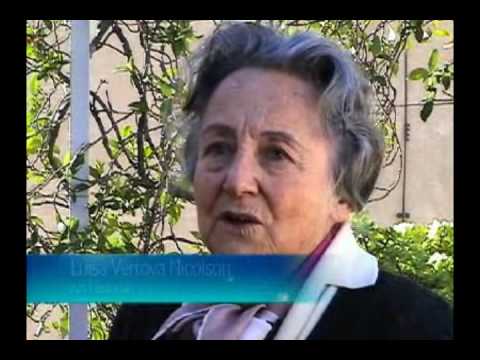