Have some Dramamine handy: The world's first VR rollercoaster is set to open in the UK this spring. Continue reading →

The spaceflight might be fake, but the G forces will be real. When the world's first virtual reality roller coaster opens this spring in the United Kingdom, riders get to experience the power of an actual rocket launch.

The Galactica ride is set to take off in April at the Alton Towers amusement park in Staffordshire. Two years and several million British pounds in the making, Galactica outfits riders with virtual reality headsets and then sends them into space.

Passengers - or "Galactinauts" - ride a rollercoaster while the VR headsets display a spaceflight simulation. The idea is that they're being sent into outerspace, where they get to explore the universe. An artificial intelligence system called Eve guides riders throughout the "flight."

Initially, passengers get plunged into space "with a G force more powerful than a real rocket launch," according to the Alton Towers press release.

That's not virtual. The ride has a maximum G force of 3.5. Real astronauts experience around 3 during launch when the main engines ignite.

To add to the flying sensation, passengers will ride the 2,760-foot track positioned on their backs. Watch the ride teaser here: 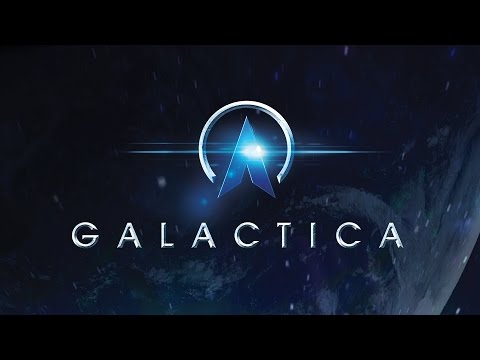 This is the same park that's planning a roller coaster restaurant for May. I'd rather check out their Haunted Hollow or Battle Galleons, given a choice. Fast-moving rides aren't my thing. Once, during a spinning ride at the local fair, the operator asked if we wanted to go faster. I shouted "Nooooo!" But we did anyway.

Statistically speaking, driving to a theme park is probably more of a safety risk than riding a roller coaster there. I'd rather keep my lunch, though. Nobody needs to see those curly fries again.