London's Riflemaker Gallery is currently hosting an exhibit that certainly looks like magic, but is in fact a nifty collision of high art and technology. In "Drawing with my Eyes," artist Graham Fink does just that - creating portraits while sitting utterly still and staring at a computer screen.

Using eye-tracking technology from Tobii Technology, Fink manages to create portraits that are better than most people could do by hand. The eye-tracking tech works by shining infrared into the eye and measuring reflected light with an optical sensor.

The Tobii system uses proprietary algorithms to track the artists' gaze with impressive precision. The software then translates eye movements into lines on the screen in real time. As part of the exhibit, Graham will be "drawing" live portraits in the museum during scheduled events.

Computerized eye-tracking technology has been around for decades, and has been used for everything from marketing studies to user interface systems for the disabled. Tobii is currently working with several hardware and software partners to develop eye-tracking input devices for computer workstations, gaming consoles - even cars.

Check out this video from the artist to witness the estimable Mr. Fink in "action." 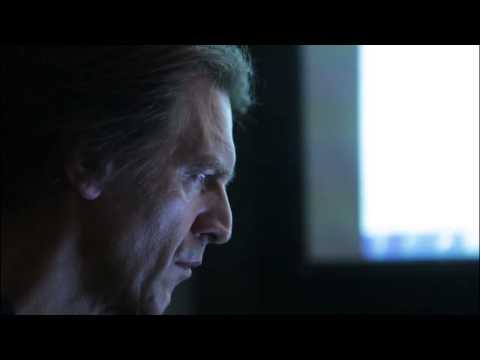 This week WTSP-TV reported on Jacob, a police department horse in St. Petersburg, Fla. that has

in his idle hours. But the 10-year-old budding artist isn't the only animal that will take to the canvas, as you'll see in the coming slides.

Animal Picassos at zoos abound, with many species sticking their paws, claws and more into non-toxic paint to create unique works of art. "Primates are among our most experienced painters," Heidi Hellmuth, curator of enrichment and training at the Smithsonian's National Zoo, told Discovery News. This golden lion tamarin, a small monkey native to Atlantic coastal forests of Brazil, would appear to prove the point.

Painting is one of many activities that fall under what's known as animal enrichment, a program at zoos providing physically and mentally stimulating activities and environments. Christine McKnight, coordinator of animal enrichment and training at the Minnesota Zoo, told Discovery News that most species can paint in some way. "But some individuals take to it, while others don't," she said. Most primates, such as this golden-headed lion tamarin, are at least curious about the process.

Elephants are curious about creating as well. Here 14-year-old Asian elephant Karishma takes up her brush and paints on a wooden elephant at ZSL Whipsnade Zoo in the United Kingdom.

For its part, the list of animal artists at the Smithsonian's National Zoo includes some surprises, including this three-banded armadillo.

VIDEO: Meet a Dino That Survived the Mass Extinction

Clark, a porcupine at the Smithsonian, paints with his feet, as he participates in some enrichment of his own. Every time he strolls across the canvas, he gets grapes or a banana.

For some animals, such as the naked mole-rat, painting is an all-body experience. Both Hellmuth and McKnight assured that every paint is non-toxic and water-based, with many products donated by supporters. The mole-rat's works have a Jackson Pollock look. "The animals enjoy the process more if it taps into a natural behavior and if they use a part of the body that mirrors a skill set from the wild," Hellmuth said.

Rat Laughs Off Cancer With HA

Even hissing cockroaches and other insects can create works of art. From a professional standpoint, it may be difficult to value the skill, especially if the "artist" just runs across the canvas with paint-covered limbs. But McKnight said that "cockroach paintings can go for a high price. They are extremely popular."

Potentially dangerous predators, such as lions, can show interest in painting. McKnight said even grizzly bears at her zoo have created works of art. "They will put their full body in the paint and roll, rub and sit on the canvas," she explained.

Animal artworks have led to a reliable source of income for zoos. Like true museum pieces, often copies are made of the originals, which may be stored. Paintings by rare animals, like Tian Tian the giant panda, can be quite valuable. "Painting provides great mental exercise," McKnight said. "If an animal doesn't want to participate, it's their choice. Among wolverines, for example, some want to paint while others don't."

PHOTOS: A Summer of Panda Pregnancies

Human artists may invest tremendous energy and emotional effort into their works. The same appears to be true for certain non-human painters. Kojo the western lowland gorilla at the Smithsonian's National Zoo seems to put a lot of thought into his efforts.

Enrichment activities at zoos and aquariums provide an integral part of an animal's care. This leopard gecko at the Minnesota Zoo seems to be enjoying the messy undertaking.

Zoo animals have been painting for over a decade now, but the activity has grown yet more in popularity in recent years, and there's sure to be more animal art in the years to come.

PHOTOS: Animals Weigh In at the London Zoo