Earth’s upper crust holds 50,000 times more energy than all of the world’s oil and gas combined, and US researchers are figuring out how to utilize that potential energy source.

Calpine, the company that operates 13 power plants at the Geysers, claims that the site meets almost 60 percent of the average electricity demand between the Golden Gate Bridge and the Oregon border, or about enough to power a city the size of San Francisco.

While the Geysers have been producing electricity for a century, the site — the largest geothermal power system in America — may also be a precursor for a major future source of American clean energy. The move to boost the facility’s capacity using local wastewater, taken several years ago, symbolizes the kind of innovation engineers and scientists are now pushing hard to develop in a bid to unlock the enormous quantities of energy stored beneath Earth’s crust.

New technology, proponents hope, will cut costs and allow geothermal power to compete with solar, wind, and hydroelectric as a top source of American clean energy.

“We know the resources are there,” said Pat Dobson, head of the Geothermal Program at the Lawrence Berkeley National Laboratory in California, also known as Berkeley Lab, a center for research in the field. “But the question is, will we ever utilize it? That answer depends on costs and technology.”

‘You have to find hot rock, fluids in place, and the ability to flow through the rock.’

If this push to develop new modes of generating electricity from heat inside the planet is successful, the prize could be enormous.

The heat trapped in just the upper six miles of Earth’s crust represents 50,000 times more energy than all of the world’s oil and gas combined, according to recent estimates circulated by the US Department of Energy.

A study led by the Massachusetts Institute of Technology concluded that US geothermal energy could provide 100 gigawatts or more by the year 2056 — a figure equal to almost a tenth of the country’s current capacity, or enough to power some 100 million American homes.

But is it possible? A slew of factors have held geothermal behind other forms of clean energy — including the tricky requirement of finding a location where all of the necessary natural conditions are present.

Now, Dobson and his colleagues are hoping new research can vastly expand the commercial viability of geothermal energy through the development of so-called Enhanced Geothermal Systems, or EGS.

RELATED: Powering America on Renewable Energy Alone May Be Harder Than Anticipated

Traditional geothermal power requires three naturally occurring factors in order to function. There must be hot rock within a few kilometers of the surface. Water has to be present. And the hot rock must be permeable enough to allow that water to seep through the cracks and heat up before getting sucked back up to the surface to run the generators.

“You have to find hot rock, fluids in place, and the ability to flow through the rock,” said Timothy Kneafsey, a geothermal researcher at Berkeley Lab. “There are lots of places that have hot rock, but not the other two.” 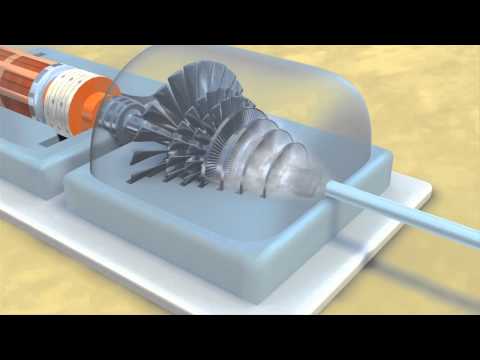 The idea behind EGS is that once hot rocks have been located near the surface, the other two elements — the permeability of the rock and the presence of water — can be engineered.

Successfully mastering these techniques could dramatically expand the availability of commercially-viable geothermal energy — possibly in a way that’s analogous to the dramatic expansion of the American fossil fuel industry through a related subsurface technology: fracking.

EGS builds on some of the same technology that has allowed the oil industry to tap previously unrecoverable reserves locked inside shale formations in places like Pennsylvania and North Dakota. In the oil and gas industry, sand-laced water has been blasted into the earth in a process known as hydraulic fracturing, or fracking, that has revolutionized production and shaken up global energy markets.

One of the key questions Dobson and Kneafsey are studying is how to create permeable systems in underground rock that allow water, or possibly even some other type of heatable liquid, to flow through.

RELATED: The Twilight of American Coal and the Rise of Renewables

Fracturing subsurface rock formations for geothermal energy is a more demanding feat than fracking for oil and gas, Kneafsey points out, because the water needs to be both injected and retrieved. That means effectively creating an underground river of steam between in and out points, instead of simply pumping out oil.

This summer, Berkeley Lab was tasked to lead a new $9 million project — funded by DOE — aimed at overcoming the technical barriers to commercialization of EGS. The lab is working in conjunction with seven DOE research centers and six universities. In the near-term, their mission will be to develop field experiments focused on understanding and modeling rock fractures.

Later this year, researchers will descend into an abandoned gold mine in the town of Lead, South Dakota, to observe experiments in rock fracturing and permeability up close.

Boosting the ability to enhance a geothermal site could remove one of the big stumbling blocks that has held back deployment of geothermal energy: the start-up cost of a site. By contrast, finding a good location for solar or wind energy production can be as easy as taking a walk outside.

“You have to spend a lot of energy and effort conducting field surveys and research to prove it’s going to be economically viable to develop,” said Dobson. “That’s harder to prove than whether a site is windy or sunny.”

Yet the idea of tapping the earth’s inner heat to produce electricity isn’t new. As recently as 2003, geothermal sources produced more electricity than wind power in the United States, according to the US Energy Information Administration.

But the growth in geothermal power has been relatively flat since 1990, while technologies harnessing the power of sunlight and wind expanded faster and attracted more investment.

Today, geothermal energy in the United States provides a total of about 3.7 gigawatts of capacity, or about enough to fuel 3.7 million American homes, according to DOE.

Still, geothermal made up only 0.4 percent of the electricity produced by utility-scale facilities in the US in 2016, according to official statistics. That leaves a long way to go to reach the MIT study’s target of 100 gigawatts.

By comparison, natural gas and coal each produced about a third of America’s electricity last year. Hydropower and wind each made up roughly 6 percent, while solar accounted for 1 percent, although small-scale solar panels add about another half-percent to that figure.

Yet if the advocates of geothermal have their way, the heat of the Earth’s core may soon start providing a bigger share of America’s green energy than it has ever before.