An increase in clear, sunny days over the world's largest island may be contributing to accelerated ice melt, which has big implications for global sea level rise.

An increase in clear, sunny days over Greenland is melting more of the island’s ice sheet amid a long-term shift in weather patterns in the far North, European scientists reported today.

“That’s the critical period for melting in Greenland,” said Jonathan Bamber, a Bristol geographer and president of the European Geosciences Union.

Bamber said the study is an attempt to understand what’s driving the melting of Greenland’s ice sheet, which is 2-3 kilometers (1.2-1.9 miles) thick. That layer holds enough water to raise sea levels by 6 or 7 meters (20-23 feet) — and it’s now shrinking faster than expected, as it loses more ice in the summer than it gains back in winter.

The loss of cloud cover is more pronounced in the southern half of Greenland, where the biggest changes to the ice sheet have been seen, Bamber said. And 1 percent more sunshine amounts to another 27 billion tons of melted ice, the researchers estimate.

The findings are published in the research journal Science Advances. Bamber said the authors suspect the shrinking cloud cover stems from changes in the northern Atlantic Ocean that are affecting weather patterns over the island.

A cyclical pattern known as the North Atlantic Oscillation steers storms and warmer air toward northern Europe when it’s strong and toward the south when it’s weak. The reduction in cloud cover “is strongly correlated” with a lengthy shift toward a strong phase, when there’s a bigger gap between lower air pressures over the Arctic and higher ones over the Atlantic.

“It’s a long phase, and it’s particularly strong,” Bamber said. That may be due to the loss of sea ice in the Arctic — especially older ice, which reflects more of the sun’s energy and allows the Arctic Ocean to soak up more heat.

“We think that could be the reason for this anomalous phase of the NAO, which we think is in turn driving the changes in cloud cover,” he said. Arctic climate records date back to the 1850s, “and we’ve never seen anything as extreme as this,” he said.

RELATED: Enduring Ice’ Expedition Will Kayak Through the Harshest of Arctic Environments

The Arctic is warming twice as fast as the rest of the globe as heat-trapping fossil-fuel emissions like carbon dioxide build up in the atmosphere. And another study out this week found Greenland now contributes about a quarter of the estimated 3.3 millimeters (one-eight of an inch) a year that sea levels are rising. That sea level rise and Greenland’s contribution to it are both sharply higher than they were in the early 1990s, the study found.

Bamber said the findings about cloud cover will have to be factored into projections of how climate change will affect the ice sheet. But that may be easier said than done.

“Clouds are very difficult to get right in climate models,” he said. “The physics of cloud formation particularly high-latitude polar clouds, are not that well known.” 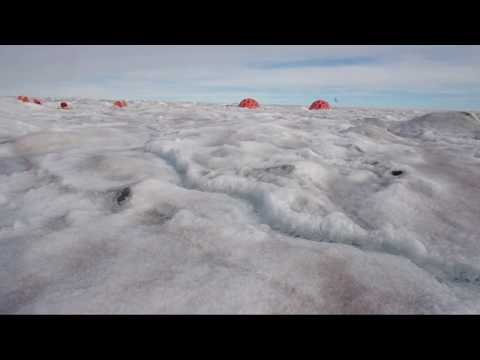