This worm snail's slime-ejecting tentacles have won it comparisons to the web-slinger, but the species seems to be more villain than superhero in the Florida Keys.

A multi-colored toothy animal with a powerful tongue and the ability to shoot large webs has just been discovered living on the shipwreck USNS General Hoyt S. Vandenberg, which served as a transport ship during World War II.

When Rüdiger Bieler of the Field Museum and his colleagues first set eyes on the animal, which they determined to be a new species of vermetid, or marine worm-snail, they were reminded of a fictional superhero: Spider-Man.

“Vermetids are unique among snails in that they have evolved a set of special slime-ejecting tentacles,” Bieler told Seeker. “These two arm-like tentacles have slits at their tip that release strands of a sticky material that can make a web... so, yes, the Spider-Man analogy is there — although the ‘shooting’ happens at a snail’s pace.”

He and his team named the new species Thylacodes vandyensis after the “Vandy,” the nickname the SCUBA diving community has given to the retired naval vessel, which was intentionally sunk in 2009 to serve as an artificial reef in the lower Florida Keys. They detail the worm-snail's discovery in a paper published in the journal PeerJ.

Bieler, senior author Timothy Collins of Florida International University, and their colleagues compared samples of the worm-snail to other vermetid specimens housed at the Field Museum. Finding no match, they analyzed the DNA of the animals and confirmed that the shipwreck-dwelling creature represents a new species.

Instead of having coiled shells like most snails, worm-snails live within irregularly shaped tubular shells that they attach to hard surfaces. The animals are reddish tan in color, but can take on a blue hue in photographs snapped underwater. When removed from water, the shells appear to be mostly sandy light brown.

The large tongue of the worm-snail is covered with teeth that sit behind the mouth opening within the shell. The toothy tongue can be extended to grab onto the marine snail’s slimy web in order to haul in trapped prey.

Like certain whales and sharks, worm-snails filter feed. They can do so in two different ways: by screening web-trapped incoming particles with their toothy tongues or by passing water currents through their gills.

Common garden snails produce a trail of slime to facilitate movement, but stationary worm-snails have evolved the ability to shoot their slimy mucus to create the webs for hunting and to keep predators at bay. The mucus is made up of amino acids, sugars and water. 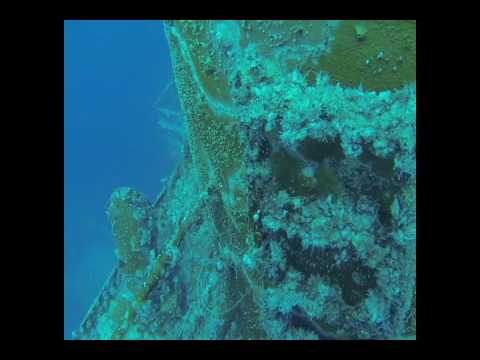 “Snails are quite creative in repurposing the mucus in various ways,” Bieler said.

“In some invertebrates, a large proportion of the organism’s energy budget is given over to the production of mucus," Collins added. "So it's important stuff.”

The DNA analysis suggests that the worm-snails originated from a population in the Indo-Pacific, far away from the Florida Keys. Since the animals are immobile, the scientists suspect that T. vandyensis might have stowed away in bilge water or on the hulls of cargo ships.

Despite the playful comparison of the species to Spider-Man, this worm-snail might be more villain than superhero in its new digs.

“Worm-snail species have been shown to have detrimental effects on corals and to be intermediate hosts of marine turtle parasites (certain blood flukes), and both corals and turtles are part of our native fauna,” Collins explained. “In addition, by the time you find out for sure that a species is a really bad invasive, it is often too late to do anything about it, so catching new species early is critical for effective control.”

When the Vandy was intentionally sunk at a cost of nearly $8 million, proponents argued that the shipwreck would become an attraction for recreational divers in the Florida Keys National Marine Sanctuary and would serve as new habitat for marine life. Both predictions have since come true, but there is growing evidence that artificial reefs attract and/or support invasive, non-native species.

“Whether or not that is reason enough to stop or even reverse artificial wreck placement will need careful assessment,” Bieler said. “In the immediate future, though, we should make good use of the wrecks by using them as monitoring stations. They provide us with an opportunity to catch potential species in the act at arrival.”

It is unclear if the Spider-Man worm-snail has already colonized additional sites in US waters, such as seawalls, bridge pilings, and even other shipwrecks. The researchers plan to soon search for it in such settings.