Today's prized show kitties and mixed-breed lap loungers trace back to felines that were deployed for rodent-eating duty on ships and farms.

New genetic analysis of domestic cats spanning the last 9,000 years helps to explain how a few sleek wildcat lineages discovered humans, outcompeted other animals, expanded across the globe, and became the seemingly tame couch surfers common today to many homes. The findings are published in the journal Nature Ecology & Evolution.

One of first great feline achievements was to replace other species that figured out human settlements were a great source of food.

“For example, in Roman society, the weasel was quite popular, in particular as a pest control agent, but cats took over, which may be due to the fact that their hunting strategy, ambushing, is better adapted to towns,” lead author Claudio Ottoni said. “The success of cats might be linked to the evolution of their more ‘friendly’ attitude to humans, which we speculate might have evolved in the Egyptian society.”

Ottoni, a scientist specializing in biomolecular archaeology and paleogenetics at the University of Leuven, and his colleagues analyzed the DNA of 200 domestic cats representing various time periods over the last 9,000 years. The researchers focused on two purported early centers of cat domestication: the Near East and Egypt. Feline remains included in the study were found in Europe, north and east Africa, and southwest Asia. 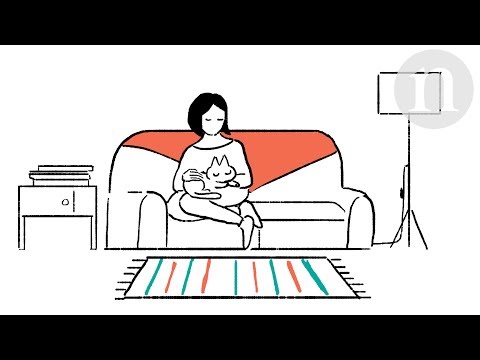 Attempts to trace cat lineages have been made before, but co-author Thierry Grange of CNRS and Paris Diderot University said that the new large-scale study was made possible by the development in recent years of molecular biology techniques. These methods permitted the screening of large numbers of genetic samples coming from areas with climatic conditions that are not favorable for DNA preservation, such as parts of the Arabic world and Egypt.

As for why the 9000-year mark is important, senior author Eva-Maria Geigl, also from CNRS and Paris Diderot University, explained that cat remains found in earlier Paleolithic sites are scarce. She suspects that humans might have hunted wildcats (Felis silvestris) for fur or food, but it is unclear what the precise interactions were then.

DNA and archaeological evidence suggest that wildcats were drawn to early human settlements tied to the dawn of agriculture. Food storage sites attracted rodents and other small mammals that, in turn, attracted predatory wildcats. What began as a commensal relationship with humans then evolved into something more complex.

“From our data, we can deduce that the cat was tamed, or at least started to live with humans, in the Near East at least 6,500 years ago,” Geigl said. “We can also deduce that there was a second [domestication] event taking place in Egypt where another cat lineage was tamed and spread in the Eastern Mediterranean during the first millennium BC.”

RELATED: Ravenous Feral Cats Are Plaguing Nearly All of Australia

The researchers identified these two distinct lineages of Felis silvestris as subclade IV-A and IV-C. Intriguingly most domestic cats alive today are related to these lineages. This means that the majority of cats today have ancestry that traces back to Southwest Asia (a region consisting of Turkey, Syria, Iraq, Jordan, Saudi Arabia, and the other nations of the Arabian Peninsula) and Egypt.

The scientists also identified other lineages at lower frequencies in both early and modern cat DNA. The genetic evidence suggests that domestic cats over the years have bred with local wildcats, resulting in everything from the now-extinct Mexican hairless cat to the Siamese, which derived from a feline native to Thailand.

The scientists found evidence for Indian cats at a Roman site in Egypt, which Geigl said “strongly suggests large distance spread of ships’ cats.” The researchers also found DNA evidence for the Egyptian feline lineage in Viking ports along the Baltic Sea. Just as felines discovered the perks of human farming settlements, they also discovered the benefits of boating life.

“It was probably the availability of fishes that attracted them to the ports, where they got embarked on ships,” Grange said. “There, they could feast on fish and rodents!”

Humans must have quickly recognized the benefits of keeping a mouse chaser on board their ships, such that mariners then intentionally brought cats along on trips.

Some wildcats are known as “fishing cats,” but this behavior is not tied to Felis silvestris. Future analysis of feline DNA could reveal if some domestic cat lineages were exposed to a more fish-based diet than others, perhaps helping to explain why some kitties today have greater seafood cravings.

Another finding of the study is that one of the first cats bred for visual traits is the tabby, referring to domestic cats that sport distinctive stripes, dots, lines or swirling patterns, usually together with an “M” mark on the forehead. The oldest occurrence of the allele for a recessive mutation associated with domestic tabby populations was found in cat remains unearthed in the Ottoman Empire of southwest Asia. They date to the Middle Ages.

Other early breeds include the Siamese and Birman, which were mentioned in writings by Buddhist monks in the 14th century. These are considered to be “natural breeds,” however, since they arose due to isolation of certain distinctive-looking local cat populations.

“Most of the domestic fancy breeds described nowadays were created by human intervention only in the 19th century,” Ottoni said. “The first exhibition of fancy breed cats took place in 1871 in London.”

RELATED: Bird Flu Jumps From a Cat to a Human for the First Time

He and his colleagues think that before then, cats were valued more for their behavioral traits rather than for their aesthetics. Nevertheless, the beauty and often graceful movements of cats seemed to be noticed by early artists and political leaders. Ancient Egyptians even adorned representations of felines with earrings, and connected them to the goddess Bastet. This gave felines an even greater regal appearance in statues and other objects.

In the future, the researchers hope to compare wildcat genomes with those of house cats to better characterize the domestication process. As it stands, however, our attempts to control and transform these prevalent mammals appears not to have profoundly altered their original appearance, physiology, and behavior, especially when compared to other domesticated animals, such as dogs. It could even be that the still-wild ways of cats are some of their greatest assets, helping to draw humans to them over the millennia.

WATCH: Does This Strange Animal Have Alien DNA?