The speedy dinosaur Sinosauropteryx used its color patterning, including a mask-like stripe across its eyes, to avoid detection by prey and predators.

Since the taxon Dinosauria was formally named in 1842, dinosaurs have mostly been depicted as drab-hued beasts. New fossils and high-tech methods for analyzing ancient pigments, however, are now revealing the true colors and bold feather patterns of some of these long-gone animals.

The latest dinosaur to receive a reconstructive makeover is Sinosauropteryx, which according to a paper in the journal Current Biology had a striped tail, feathers of different shades of brown, and a raccoon-like “bandit mask” on its face. All of these features likely helped the slender and wily species, which could grow up to 3 1/2 feet long, to blend visually into its environment.

Senior author Jakob Vinther of the University of Bristol told Seeker that big dinosaurs were also camouflaged while animals this big today are not. “This tells us that the predators back then were scarier than today,” he said. “Jurassic Park would be really scary if it ever was to happen.”

Vinther, lead author Fiann Smithwick, and their team studied the remnants of pigmented feathers from three of the best-preserved specimens of Sinosauropteryx. This was a carnivorous dinosaur that lived around the prehistoric Jehol Lake region in what is now Liaoning, China, around 130 million years ago during the Early Cretaceous. Distribution of the fossilized compound melanin allowed the scientists to reconstruct the dinosaur’s stripes and coloration.

While stripes are easily seen against a bright white or dark background, they can help to camouflage an animal in most natural settings. A dark stripe around the eyes — like a mask — can function in a similar way.

“Mammals often have bandit masks for different reasons than birds,” Smithwick, also from the University of Bristol, explained to Seeker. “Along with anti-glare, mammals tend to use them as warning colors or for social communication, while birds more often use them to hide the eyes as a form of camouflage.”

Since today’s birds are essentially living dinosaurs, the scientists believe the latter explanation can apply to Sinosauropteryx.

The recreation of this dinosaur’s appearance negates a prior reconstruction attempt by another research team. In the earlier version, Sinosauropteryx was depicted as having a dark blotch on its legs and lower underside.

Smithwick said that the artist of this older drawing “appears to have mistaken the internal organs preserved in the fossil for original colors…Many of the fossils have dark organic remains in the abdomen because internal organs also contain melanin, as does the eye.”

For the new study, Smithwick and his team created 3D models of the striped, masked dinosaur and photographed them under different lighting conditions to determine how the visual features could have best hidden the animal from potential predators. The images support that Sinosauropteryx was active during the day and must have spent a lot of time in direct sunlight.

The images further show that the dinosaur was countershaded, meaning that its feathers were darker on the top than on the sides and underbelly. Existent animals living in open habitats, such as savannahs, tend to have lighter coloration higher up on their sides than do forest dwellers.

Application of these principals to Sinosauropteryx indicates that the dinosaur lived in a savannah-type habitat with minimal vegetation.

RELATED: We Could Be on the Threshold of a New Era of Color Science

A prior study led by Vinther found that another dinosaur from the Jehol Lake region, Psittacosaurus, exhibited the gradual countershading pattern, suggesting that it lived in a forest.

“So the dinosaurs we find in these lake beds are from different habitats around these lakes,” Vinther said.

“Countershading only works when viewed from the side, as it is about counterilluminating your shadows,” he added. “When viewed from above, your general color on the back should hopefully match the floor pretty well. However, this is all about not being spotted from a distance.”

Carnivorous dinosaurs, such as relatives of Tyrannosaurus rex, were found in the same deposits as Sinosauropteryx. These included meat-loving species like Dilong and Yutyrannus, both of which were known to have excellent vision. It is therefore likely that Sinosauropteryx evolved its camouflage to escape predation by these larger dinosaurs.

Sinosauropteryx also had very long legs and the longest relative tail length of any known carnivorous dinosaur. Tails can help with balance and fast turns when running, so this dinosaur probably attempted to make hasty getaways when tyrannosaurs approached.

And camouflage can help the hunter as well as the hunted.

“We have direct evidence of predation by Sinosauropteryx, as one fossil has a complete lizard in its stomach representing its last meal — such a substantial one that it almost completely fills the abdominal cavity,” Smithwick said.

“The lizard has limb proportions suggesting it would have been a fast runner and was better suited to running in open areas. So this corresponds well to our results suggesting Sinosauropteryx was fast moving and lived in open areas,” he added.

RELATED: The Rise of Necrofauna and the Ethical Dilemma of De-Extinction

Taken together, the findings show how important feathers were to dinosaur survival. They not only helped dinosaurs to hide in their environments, but they also facilitated visual signaling among members of the same species, provided insulation, offered certain sensory capabilities in the way that whiskers do, and eventually enabled flight in birds.

Feathers, which in this case are in the fossil record, benefit today’s scientists, too. They can provide important clues about the lifestyle and habitat of long-extinct animals.

“We are hoping to push paleocolor forward to help address key questions about animal behavior and evolution in deep time,” Smithwick said. “We think that color patterns can tell us vast amounts about how extinct animals lived, and can give vital information that the bones alone would never tell us.” 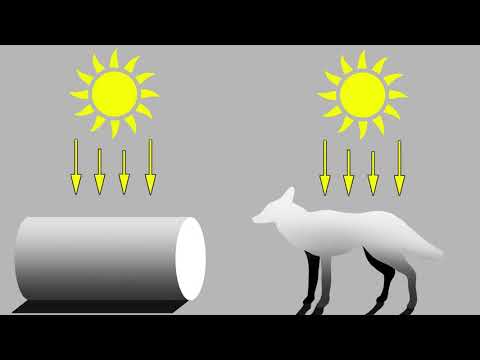