Animals Can No Longer Escape Human Noise Pollution in the US

Millions of hours of recordings made in national parks and other protected areas reveal what 'nature' in the US often sounds like: roaring airplane engines, accelerating cars, and clattering factories.

Rocky Mountain National Park in Colorado is famous for its majestic mountains, lush forests, and crystal clean air. The late John Denver even sang about the “Rocky Mountain High” he felt within this beautiful setting. When scientific recordings are made there and at the majority of other US protected areas, however, a major problem becomes evident: noise pollution.

Accompanying nearly every bird song and peaceful brook babble in even the most seemingly pristine spots is the unmistakable din of roaring airplane engines, accelerating cars, booming radio music, industrial clatter, and other loud, persistent human-produced noises often ranging from 3 to 10 decibels and up.

“These levels can directly interfere with communication — we call this masking,” said Rachel Buxton, a postdoctoral research fellow at Colorado State University. “For example, if a predator is listening for prey, noise can mask this sound, reducing the hunting efficacy.”

Her colleague George Wittemyer of the Global Biodiversity Center and an assistant professor at the university added that noise pollution can also distract and lead to additional behavioral changes in animals, such as when they spend more time being vigilant versus foraging. Very loud sounds can also cause direct physical damage to wildlife, as evidenced by sonar impacts on marine mammals. Even plants may become victims of noise pollution, since entire ecosystems can change when seed dispersers and pollinators avoid noisy areas.

“Personally, I have been struck by the pervasiveness of noise of jet traffic in extremely remote areas,” Wittemyer continued. “You can be miles from anything and still have loud jets overpass, which changes the experience of remoteness.” 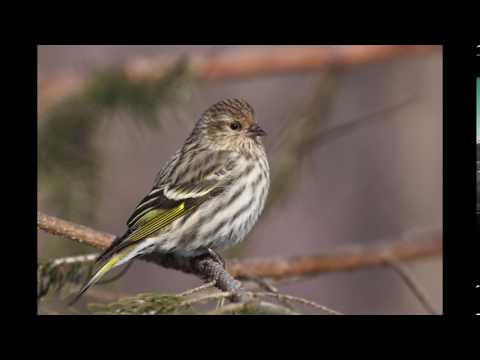 To better determine the extent of noise pollution across the continental United States, Buxton, Wittemyer, and their colleagues analyzed recordings made at 492 national parks and other protected sites. To study the millions of hours of recordings, the team utilized a computer algorithm that allowed them to subtract estimated natural sound levels from existing levels.

“This gives you an idea of how anthropogenic noise affects the acoustic environment,” Buxton explained.

Such noise reduces the area that natural sounds can be heard by 50 to 90 percent. What could formerly be heard at 100 feet away can now only be heard from 10 to 50 feet.

Even many remote wilderness areas were found to experience human-caused sounds at 3 decibels above natural levels.

“We found that aircraft and vehicles were the biggest culprits, with high noise pollution in protected areas near busy airports and with high densities of roads,” Buxton said.

Humans can become habituated to a certain level of noise pollution, “but noise that impacts communication and the ability to hear does not change over time,” Wittemyer said. He added that physical stress may also result from continued exposure to noise pollution.

Solving the problem is a tough challenge, which the researchers believe must be addressed at individual sites, at least for now.

“We don’t know a general policy or regulation that can address such a multifaceted issue,” Wittemyer explained. “Rather, this is something that needs to be structured within the local context of sites with relevant management bodies.”

Examples of beneficial noise pollution-reducing methods already implemented at some parks include shuttle services to cut back on traffic, quiet zones, and flight patterns aligned over roads.

These efforts provide hope, as do the rare, tranquil moments in nature that can sometimes still be enjoyed without obvious noise pollution. Wittemyer, for example, recalled a recent mountain hike that he and his family went on during Earth Day.

“We came around a corner into a slope covered in flowering chokecherry when we heard a soft, almost drum-like beat,” he said. “We all froze to listen, and got to watch a broadtail hummingbird poke up out of the bushes before diving back down into the flowers. We listened and watched it for several minutes before it flitted off to some new patch.”

“It turns out," he continued, "it was probably the front end of the migration, as the hummingbirds are just arriving in Colorado. Luckily our experience was not interrupted by any noise, for if it had been, we would have been unlikely to hear and then see the hummingbird.”