A Giant Coconut-Eating Rat Was Discovered in the Solomon Islands

A rat more than four times the size of those typically seen in the US has been found living on a remote island.

People from Vangunu in the Solomon Islands have for decades told stories about “vika,” a giant tree-dwelling rat with teeth sharp enough to bite through a coconut.

Mammalogist Tyrone Lavery of the Field Museum in Chicago heard these seemingly outrageous stories when he first visited the islands in 2010. Intrigued, he brought a team to investigate a forested area, but the scientists came out rat-less.

A logging company later entered the same region and focused their chopping work on a big tree.

“They cut down the tree, and the rat came out of it,” Lavery recounted to Seeker. The terrified gigantic rat, which went scurrying past the equally stunned loggers, was indeed the legendary vika.

Described in the Journal of Mammalogy, the rodent was given the scientific name Uromys vika. It is the first new rat species to be discovered in the Solomon Islands in nearly a century.

Local animal expert Hikuna Judge, a co-author of the paper, obtained one of the rats, permitting detailed study of its anatomy. First, the researchers noted the rodent’s size and heft: a foot and a half long, and 2.2 pounds. In comparison, rats typically seen in American homes and alleys weigh less than half of a pound, on average.

Judge, Lavery, and their colleagues compared vika’s skull and other features to those of rodent species in museum collections. They also conducted a genetic analysis using a DNA sample. The research confirmed that the giant rat does in fact represent a new species.

“Vika likely found its way to the Solomon Islands naturally by rafting on vegetation,” Lavery said. “As a very rough estimate, this rat probably began to evolve around 1 million years ago. People have been in the Solomon Islands for around 30,000 years.”

Over that lengthy period of time, the rat evolved very wide feet to help it walk around in the forest canopy. It also evolved teeth sharp enough to bite through a coconut shell and possibly even stronger materials.

“I have found it can eat another nut called a ngali nut,” Lavery explained. “The shells of these nuts are, in fact, probably thicker than a coconut!”

The good news, for people living on Vangunu, is that the rat is believed to be an herbivore, preferring the aforementioned nuts and whatever other edible, nutritious plants it can sink its formidable teeth into.

“It has never been known to attack humans or invade their homes,” Lavery said.

Rats within vika’s genus are all very large. Certain rats on Guadalcanal, Bougainville, and Choiseul Islands could even exceed vika’s weight and length. Their unusual size may be due to a phenomenon known as the “island effect,” or “Foster’s rule.”

“The island effect isn’t a rigid rule,” said Mark Collard, an evolutionary anthropologist at Simon Fraser University. Depending on resources available in a particular environment, some species get bigger while others may evolve into dwarf forms.

One noteworthy example may be Homo floresiensis, aka the Hobbit Human. This member of the human family tree evolved on the island of Flores alongside pygmy elephants and other smaller-than-usual animals.

While food sources were perhaps in short supply on Flores, vika must have had plenty of coconuts and other tasty fare to promote its impressive growth over the millennia.

Vika will soon be designated as “critically endangered,” however, and the researchers are asking the public to help save it and other animals in its unique island ecosystem.

“The best way to save this species is to support Zaira village — they are a community next to the area where the rat was found, and they are protecting their forests for conservation,” Lavery said.

“The biggest threat to this species is logging,” he continued, “and Zaira will not allow logging into their forests. We are launching a campaign on Pozible to crowd fund money in support of this community.” 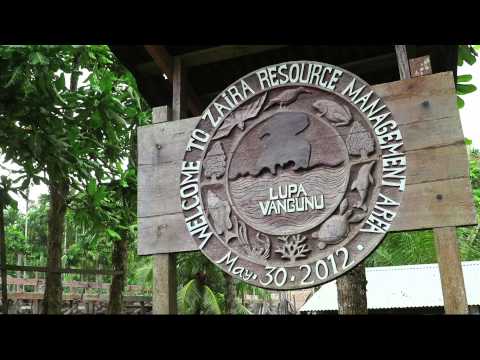 The United Nations has been monitoring the community, producing a video about Zaira as part of the UN Forum on Forests.

Meanwhile, Lavery and his team may soon announce the discovery of yet another species of gigantic rat. Anecdotally called the “Monster Rat of Malaita Island,” the rodent could even be larger than vika.