Most of us try to avoid artificial coloring, but a dye that is used to detect plaques in Alzheimer's brains is being tested for its seeming ability to counteract the effects of aging.

"No artificial colors" is listed on many product labels, given that most of us try to avoid unnatural ingredients. When 44,000 animals recently ingested a manmade dye as part of a new study, however, their longevity increased, with some living twice as long as usual.

The catch is that the animals were all various species of roundworms - round-bodied, unsegmented worms, some of which are parasitic. Even so, roundworms share surprising genetic similarities to humans, and researchers suggest that the dye - Basic Yellow 1, also known as Thioflavin T - could someday work as an anti-aging drug for humans and other animals.

The authors of the new study, published in the journal Nature Communications, suspect that the dye extends lifespan by preventing damaged, improperly folded proteins that commonly occur as an individual ages.

"Proteins lose their 3D shape during aging, and as a result cannot function properly," co-senior author Gordon Lithgow of the Buck Institute for Research on Aging explained to Seeker. "This is also a feature of many age-related diseases such as Alzheimer's. Thioflavin T prevents this, at least in worms. It also turns on lots of genes that are the natural defense system to prevent protein misfolding."

Lithgow, lead author Mark Lucanic, and their colleagues raised multiple species of roundworms on plates of agar, a gelatinous substance. They mixed various compounds into the agar, which the roundworms ate. The researchers then documented the lifespan of the roundworms, which normally live just 15 to 20 days.

The roundworms' fast-living ways make them popular for longevity studies, since scientists can monitor the worms over a period of days or months instead of years. Roundworms also feature more genetic diversity than can be found between mice and humans, the researchers say.

The experiments, which were conducted in three separate labs, all came to the same general conclusion: Basic Yellow 1 extended the lives of roundworms.

RELATED: The Average Life Expectancy Will Break the 90-Year Barrier by 2030

"This paper was all about establishing a platform where we could reproducibly test compounds for effect on lifespan," Lithgow said. "I think this is important for the field to find compounds that could go forward to pre-clinical [mouse] and clinical studies."

"Importantly, we tested the compounds in very, very diverse genetic strains," he continued. "A compound that extends lifespan across such diverse strains might be targeting a conserved process. That gives us some confidence that such a compound could have similar effects in mammals, including humans."

The video that follows below shows Basic Yellow 1 experiments on worms as part of a prior study conducted by Lithgow and his team. The footage features a worm after 20 days under standard culture conditions (control) versus a 20-day-old worm treated with Thioflavin T. According to the researchers, the treated worm displays better movement and appearance, both of which are consistent with a delay in the aging process. 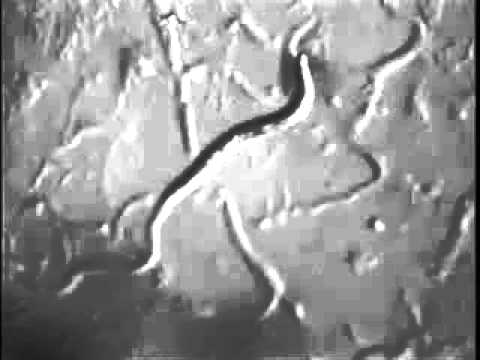 Lithgow's postdoc, Silvestre Alavez, came up with the idea to test Basic Yellow 1 for longevity, since he noticed that the dye binds a type of unfolded protein (amyloid), which is a feature of Alzheimer's disease.

Too much of a potentially good thing can pose problems, though.

"At high concentrations, it is clearly toxic and kills the worms, just like most drugs," Lithgow said, referring to the dye.

Extensive future tests on the dye would be needed to better determine its mechanisms, how it might benefit humans and, if so, what the form and dosage should be.

In a statement, co-author Monica Driscoll of Rutgers University said that "the real goal of aging research should not be longevity at all, but rather a person's health span - how long they can maintain an active, disease free, high quality of life."

"The greatest risk factor for diseases like diabetes, cancer and neurodegenerative disease is age," she added, "so that is why research looking at delaying the onset of age-associated decline is so important."