The young birds quickly get the concepts of same and different.

Newly hatched ducklings are capable of abstract thinking, according to research that finds these little young birds quickly get the concepts of same and different.

This ability had only been known in animals whose intelligence is well documented, such as humans, other apes, crows and parrots. Ducklings even take the skill to a level above the other animals that are not of our own species.

"To our knowledge this is the first demonstration of a non-human organism learning to discriminate between abstract relational concepts without any reinforcement training," Alex Kacelnik of Oxford University's Department of Zoology said in a press release.

RELATED: No Ducks in This Down!

"The other animals that have demonstrated this ability have all done so by being repeatedly rewarded for correct performance, while our ducklings did it spontaneously, thanks to their predisposition to imprint when very young," he added. "And because imprinting happens so quickly, the ducklings learned to discriminate relational concepts much faster than other species, and with a similar level of precision."

He and his team explained that imprinting, which allows ducklings to identify and follow their mother, can occur in as little as 15 minutes after the baby birds hatch. The scientists say that it is a powerful form of learning that can allow ducklings to follow any moving object, so long as they see it within the species' typical "sensitive period" for imprinting.

Kacelnik and colleagues initially presented ducklings with a pair of objects either the same as, or different from, each other in shape or in color. The objects moved around the ducklings in a circle, operated by a mobile-type motor from above. At this stage, the ducklings imprinted on the pairs of moving objects that were presented to them.

Next, each duckling was allowed to follow one of two pairs of objects composed of shapes or colors to which the duckling had not previously been exposed. For example, if an individual duckling had originally been exposed to a pair of spherical objects, in the choice test it might have had to choose between following a pair of pyramids (same) or a pair made up of one cube and one cuboid (different).

The ducklings showed that they understood the concepts of "same" and "different," since they elected to follow objects that matched one of these two relationships, depending on what they had imprinted on earlier, even though the baby birds had never before seen these newer sets of particular items and colors. 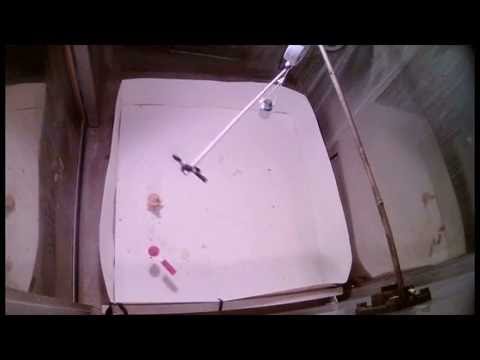 Lead author Antone Martinho of Oxford's Department of Zoology said, "It seems surprising at first that these one-day-old ducklings can learn something that normally only very intelligent species can do; it also makes biological sense. When a duckling is young, it needs to be able to stay near its mother for protection, and an error in identifying her could be fatal."

"Ducks walk, swim and fly, and are constantly changing their exact shape and appearance as they extend their wings or become partially submerged, or even change angle with respect to the viewer," he continued. "If the ducklings just had a visual 'snapshot' of their mother, they would lose her. They need to be able to flexibly and reliably identify her, and a library of concepts and characteristics describing her is a much more efficient way to do so, compared with a visual memory of every possible configuration of the mother and her environment."

"Still," Martinho concluded, "this is an unexpected feat for a duckling, and a further reminder that 'bird-brain' is quite an unfair slur."