Single-passenger quadcopters will ferry VIPs around the desert city via automated flight routes.

This just in from the Alarming Ideas Bureau: Officials in the city of Dubai have announced that the world's first passenger drone air taxis will begin commercial flights this summer.

Attentive readers may remember the passenger drone demo model that flipped everyone out at the Consumer Electronics Show earlier this year. Dubbed the EHang 184 Personal Flying Vehicle (FPV), it's basically a supersized quadcopter, and is in fact manufactured by the same Chinese company that makes the Ghost line of hobby drones.

At the World Government Summit this week, Dubai's Road and Transportation Authority declared that the city will begin offering an aerial taxi service this summer using the EHang drone. According to reports out of Dubai - and the frankly bananas promotional video (below) - the flying taxi will have a range of about 40-50 kilometers (25-30 miles) with 30 minutes of flight time on a single battery charge.

Passenger capacity is rather limited, as you might expect. The Dubai EHang model can carry "100 kilograms and a small suitcase" - that's around 220 pounds - and any passenger would need to contort a bit to squeeze into the small cabin space depicted in the video. Top speed is around 100 mph, although typical speeds will be around 60 mph, according to officials. 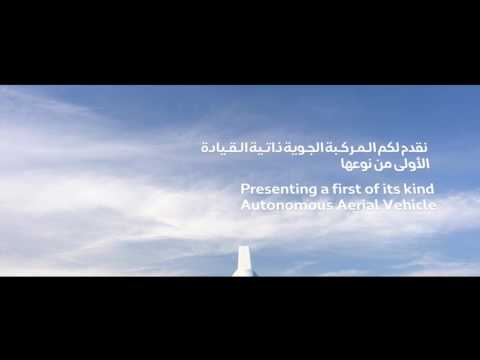 At the government conference, Dubai official Mattar al-Tayer indicated that the aerial taxi service has already been tested and will be deployed in a hard launch, as it were, as early as July.

"This is not only a model," al-Tayer told the Associated Press. "We have actually experimented with this vehicle flying in Dubai's skies."

The taxi drone can be piloted remotely or programmed to automatically follow a predetermined flight plan, according to officials. The service will be primarily aimed at VIPs and will follow a network of flight routes to and from heavy traffic areas, including the Dubai International Airport.

Passengers will be able to summon a drone to established arrival and departure zones, climb in, and enter their destination on a tablet display. All flights will be remotely monitored by a control room on the ground via 4G wireless networks.

Predictably, the announcement has already generated a good deal of skepticism online, with transportation experts noting the many, many safety issues involved with deploying a fleet of passenger aircraft drones in an urban environment.

"I would like to see the drone flying for at least 1,000 hours before I saw a human in it," Steve Wright, senior lecturer in avionics at the University of the West of England, told the BBC.

"I'd have to be taken on board kicking and screaming."