Disney Research Made a Room That Will Wirelessly Charge Any Phone

Simply walk into this room and your electronic devices begin to recharge.

As a society, we've been almost desperate in our need to recharge our phones and laptops and locate the cords and electrical outlets to make it happen. Now scientists at Disney Research have a found a way to turn an entire room in a wireless charging space.

Their method, called quasistatic cavity resonance, has the potential to make wireless electrical power as ubiquitous as Wi-Fi. Just walk into a room and your device starts charging.

To develop the proof of concept, principal research scientist Alanson Sample and his colleagues built a 16'x16' room framed with aluminum supports and sheathed in aluminum walls. At the center of the room, they erected a copper pole containing 15 capacitors, devices used to store an electric charge.

Outside of the room, the scientists placed a generator and amplifier that produced a radio frequency signal and connected it by wire to a device called a drive coil placed inside the room.

When they switched on the generator, the signal moved to the drive coil, which broadcast it to the capacitors in the pole. An electric current was produced that traveled through the pole, ceiling, walls and floor. It created a uniform magnetic field that filled the room.

"One of the remarkable things about this room is that with the appropriate receiver design, we can power many devices simultaneously," associate research scientist Mark Chabalko says in the video below.

In the experiment, the scientists were able to power ten different objects at the same time, including a smartphone, a lamp, a fan, and an RC car, to name a few. 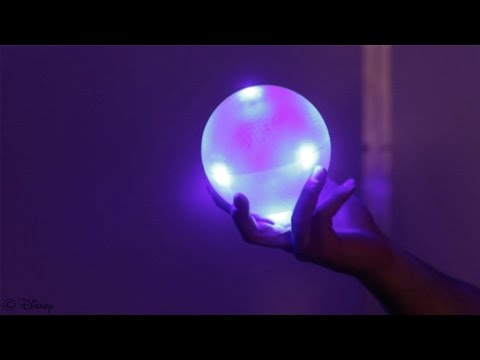 Although the scientists custom-built the room for this study, they think that existing rooms could be modified by using modular aluminum panels or by painting the walls with conductive paint.

"In this work we're demonstrating room-scale wireless power, but there's no reason we couldn't shrink this down to the size of a toy box or a charging chest or scale up to a warehouse or a large building," Sample says in the video.

There are a couple of caveats to this system. First, it's not safe for a person to stand within 46 centimeters of the copper pole. For a system like to work well in the real world, it would have to be coupled with an automatic shut-off switch to prevent someone from getting too close to the pole and those capacitors.

Secondly, all of about 100 watts of the 1900 total watts of power being beamed around the room have to be used by objects inside the room. A real-time power consumption tracking device could help monitor the flow of power and keep it within safe levels.

The researchers published the results of this study in PLOS One.