Darkest Material on Earth Gets Even Darker

It's so black, even spectrometers can't measure it. Continue reading →

A material called Vantablack is the darkest, most blackest, most void-on-earth material ever invented. It was introduced by Surrey NanoSystems in 2014 and back then, the company said the material was capable of absorbing 99.96 percent of light.

As if that wasn't dark enough, the company announced this week that they've made Vantablack even darker and by how much is unknown - because it's so black, even spectrometers can't measure it.

How Nanotech Can Make You Better: Photos

The material is made by growing a forest of carbon nanotubes on aluminum-based surfaces. Until Vantablack came out, other attempts at making super black materials required expensive, extremely high-temperature processes. But Surrey NanoSystems was able to manufacture it using low temps.

By now, you're wondering why people have been working so hard at making such a dark material - other than to mess with your mind and eyeballs.

But these materials are excellent for applications where stray light can cause problems. For example, inside a telescope designed to see faint stars. A coating of Vantablack will eliminate stray light and make those stars easier to image.

Speaking of art, it seems that Vantablack has been raising some hackles in the art world since renowned sculptor Anish Kapoor bought the exclusive rights to use the material in art, reports NPR.

Personally, I'm not sure what the all the hub-bub is about. I guess artists have a thing for black. But I can pretty guarantee you that as soon as you tell people they can't have something, they want it. So kudos to Surrey NanoSystems for creating demand.

To get a sense for just how black this material is, take a look at the videos below.

This one shows a scientist passing a laser over Vantablack, and as you can see, the light completely disappears into the void. 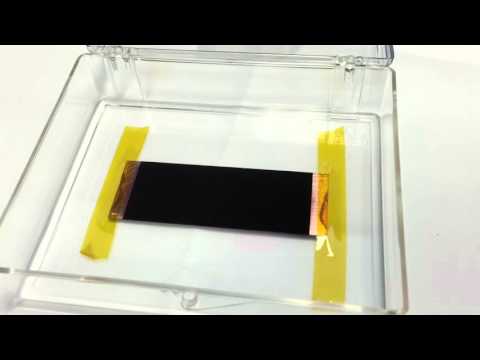 In this video, a light is passed over three different materials, two of which just think they're black. 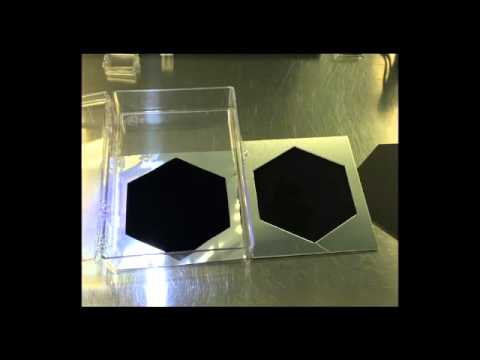 In the popular "Deus Ex" video game series, nanotechnology can turn an average government agent into a bionic superman. In fact, nanotech augmentations in the human body aren't just fun and games. Real-life applications will most likely become reality a lot sooner than you think. In 2007, the world's first online inventory of nanotech products, Project on Emerging Nanotechnologies, found that nearly 500 products, including food, clothing and cosmetics, employed nanotechnology. In this slide show, explore how nanotech can make you stronger, tap into your brain and more.

If you're too busy to make it to the gym, nanotechnology could be a way to get fit without having to spend hours toiling away on machines. In fact, technology can take you a lot further than any free-weight or cardio regimen. In 2006, researchers at the University of Texas at Dallas reported in the journal Science that they had created alcohol- and hydrogen-fueled artificial muscles 100 times stronger and capable of 100 times more work than natural muscles. Functioning as both muscles and fuel cells, the technology has a range of applications from artificial limbs to autonomous robots.

If nanotechnology can make you stronger, could it also make you smarter? Scientists aren't quite there yet, but nanotechnology applied to brain implants could treat a range of conditions from deafness to blindness to Parkinson's disease and more, according to biomedical engineers from the University of Michigan. Nanotechnology could also be used to tap into the mind, and read and write information directly into the brain. In an unusual twist, the research was undertaken by telecommunications engineers at Nippon Telegraph and Telephone.

Contact lenses with visual displays may seem like the kind of technology you only see in a movie. But researchers at the University of Washington have started laying the groundwork by building a contact lens with internal circuitry. Using wires made of metal only a few nanometers thick, the technology is placed in a contact lens rather than an implant, making use of the bionic eye much easier. In this photo, the contact lens has been affixed to a rabbit. The researchers believe they would quickly be able to introduce a visual display, but it wouldn't be more than a few pixels in the near future.

Tired of having to find an electrical outlet or a USB cable every time you need to charge your cell phone? With nanotechnology, you can become a walking battery. Using nanowires to recover wasted heat energy from the body, which is then converted into electrical power, researchers with the U.S. Department of Energy’s Lawrence Berkeley National Laboratory and the University of California at Berkeley have developed an entirely means of charging personal electronics. The same technology could be used to convert heat from other sources into electrical energy. As reported in the journal Nature, approximately 15 trillion watts of heat energy produced by engine and steam- and gas-powered turbines is lost to the environment.

Recovering from injuries to skin and muscle tissue can take weeks. Trauma to the brain or central nervous system can be irreversible. But with nanomedicine, a nanoparticle-infused hydrogel could heal brain and bone injuries by creating new blood vessels and encouraging stem cells to replace dead tissue. Developed by scientists from Clemson University, the gel still needs several more years of animal testing before human trials can begin. Injuries involving nerve damage or the spinal cord are among the most difficult to treat. But nanotechnology could open the door to rebuilding damaged nerve cells. Although regenerating nerve cells is the ultimate goal, researchers have so far been able to develop the scaffolding necessary to rebuild nerves following damage. The technique, a nanotechnology-infused stem cell treatment developed by David Nisbet of Monash University, could also aid in the treatment of Parkinson's disease.

Besides treating immediate injury, researchers are also exploring uses of nanotechnology to fight the effects of aging and to promote longer life. By using a breakthrough nanogel to stimulate stem cells, Northwestern University scientists found that they can regenerate lost cartilage in joints. As adults age, they start to lose their cartilege, a painful condition for which there is little effective treatment. A separate study undertaken by researchers at the University of Central Florida (UCF) found that using an industrial nanomaterial, they can triple or even quadruple the lives of brain cells. This could lead people "live longer and with fewer age-related health problems," according to a UCF press release about the study.

With more than an estimated 1.5 million new cancer patients this year alone, it's no surprise that one of the more promising applications of nanotechnology is in the detection, monitoring and treatment of various forms of cancer. From targeted drug delivery to direct attacks of "nanoworms" on tumor growths, researchers working within the field of nanomedicine are using the technology to attack cancer cells with unprecedented precision.