A family of frogs spends its tadpole time living underground, with a body built for burrowing.

A family of dancing frogs spends its tadpole time living beneath sand, with a body built for burrowing.

That's according to scientists from India and the United States, who have found the never-before-seen tadpoles of the Indian Dancing frog family Micrixalidae in the Western Ghats mountain range.

According to the researchers, the tadpoles live underground - efficient burrowers with skin-covered eyes and jaws with filtering sheaths that prevent too-large grains of sand from getting into their mouths as they dig.

Weirder still, the tadpoles ingest some of the sand, which ends up in their guts alongside decaying organic matter that serves as a food source.

Indian dancing frogs "dance" by displaying their legs when issues of territory or sexual display come up. (Here, see for yourself. The moniker "dancing" frog is liberally applied. Indian stretching frog?): 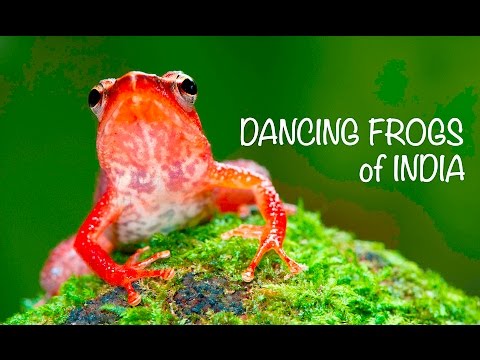 The tadpoles of this class of showy frog were the last tadpole mystery left in the frog and toad world, say the scientists - belonging to the only class whose tadpoles had not yet been documented.

Of course, that makes a certain amount of sense, in hindsight: It's hard to see things that like to stay buried.

"These tadpoles probably remained unnoticed all these years because of their fossorial [ burrowing ] nature, which in itself is a rare occurrence in the amphibian world," said University of Delhi researcher S.D. Biju, in a press release.

As is clear in the photo at the top, the tadpoles have an eel-like look and boast well-muscled tails, the better for underground maneuvering.

Another key finding about the tadpoles was the presence of ribs, grown very early on in their tadpole lives.

"Only four families of frogs are reported to have ribs," said study co-author Madhava Meegaskumbura, of the University of Peradeniya, "but we show that at least some of Micrixalidae also have ribs, even as tadpoles."

"This adaptation may provide for greater muscle attachment, helping them wriggle through sand," Meegaskumbura added. 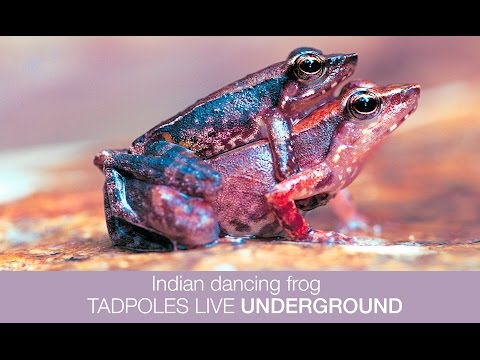 The scientists say they still don't know too much about the tadpole's habitat needs, beyond observing that they seem to make their homes in the sand-banks of canopy-covered streams.

Their detailed findings on the tadpole have been published in the journal PLOS ONE.

After nearly 5 years of exploration in mountainous areas of the southern Brazilian Atlantic Rainforest, a team of researchers has uncovered seven new species of very tiny, brightly colored frogs from the genus known as Brachycephalus. None are bigger than an adult thumbnail.

The tiny amphibians live in mountain top regions in the southern Brazilian Atlantic Rainforest that are extremely isolated. Since their habitat is so limited they are extremely vulnerable to extinction. Shown is the species

Frogs in this genus have been known since the 1800s, but these seven species hadn't previously been identified. These tiny frogs generally have three toes and two fingers, instead of the five toes and four fingers found in most frogs. All of the frogs are less than 0.4 inches in length. They vary mostly in their skin color and texture. Shown is the rough-skinned species

is the color of a greenish-brown olive. The first species of Brachycephalus was described in 1842 by the German naturalist Johann Baptist von Spix. But most species in the genus have been discovered only in the past decade. That's due to their extremely remote habitats, which are difficult to reach. "Although getting to many of the field sites is exhausting, there was always the feeling of anticipation and curiosity about what new species could look like," said Marcio Pie, a professor at the Universidade Federal do Paraná, who led the project.

The frogs were all found living among leaves on the forest floor. Their home -- cloud forests -- are highly sensitive to climatic changes.

has yellow skin with a greenish-brown stripe running down its back. The researchers believe there may be even more species of the frogs in the remote regions. "This is only the beginning, especially given the fact that we have already found additional species that we are in the process of formally describing," said Luiz Ribeiro, a research associate to the Mater Natura Institute for Environmental Studies, in a press release.