The Greek astronomer Hipparchus of Nicaea was thought to have invented trigonometry, but it seems the Babylonians did it first by more than 1,000 years.

Plimpton 322, a 3,700-year-old Babylonian clay tablet, was shrouded in mystery after it surfaced in the early 1900s. Scavengers likely found the tablet in what is now Iraq and sold it to an antiques dealer, who then passed it on to an American antiquities enthusiast named Edgar Banks.

Banks, who was also a diplomat and roving archaeologist, worked for a time at the American consul in Baghdad. His global exploits are thought to have inspired the fictional character Indiana Jones, the protagonist of the famous film franchise.

Banks is credited with first recognizing the importance of Plimpton 322, which he sold to New York publisher George Arthur Plimpton. Plimpton housed the artifact in his private collection. Upon Plimpton’s death in 1936, it was donated to Columbia University, where it has remained ever since.

Researchers have puzzled over the tablet’s meaning throughout the decades, but it was never fully deciphered — until now.

Daniel Mansfield of the University of New South Wales School of Mathematics and Statistics and his colleague Norman Wildberger have just reported the conclusions of their two-year analysis of the artifact. In a paper published in the journal Historia Mathematica, they conclude that the inscriptions on the tablet form the world’s oldest trigonometric table.

Previously it was thought that the Greek astronomer Hipparchus of Nicaea (120–190 BC) invented trigonometry, or the study of triangles. It now appears the Babylonians beat him to this achievement by more than 1,000 years.

What’s more, the trigonometry is “of an ancient and unusual kind that predates the modern notion of the angle,” Mansfield said.

He first read about Plimpton 322 by chance when preparing material for a first-year mathematics class. He and his colleague decided to examine the tablet more closely after realizing that it had parallels with a form of trigonometry explained in Wildberger’s book, “Divine Proportions: Rational Trigonometry to Universal Geometry.” Rational trigonometry often relies upon simple fractions to solve problems.

RELATED: First Mention of Jerusalem Is Found on an Ancient Papyrus

Mansfield said Wildberger’s approach was "essential" to unlocking its secrets because it allowed the team to begin thinking about a kind of trigonometry that might predate the invention of angles.

“I recall the moment that we thought there might be applications of this way of thinking,” he continued. “This is a new way of thinking about fundamental concepts that have been unchanged for hundreds of years, and it felt like staring into the abyss.”

The researchers determined that the 15 rows of inscriptions on the tablet describe a sequence of 15 right-angle triangles that are steadily decreasing in inclination. The left-hand edge of the tablet is broken, but the new analysis reveals that there were originally 6 columns in 38 rows.

Mansfield and Wildberger further demonstrate how the ancient scribes used a base-60 numerical arithmetic, similar to modern clocks, rather than the base-10 number system favored today.

Mansfield suspects their choice of a base-60 system as opposed to base-10, or even another number, was based on their society's system of taxation.

“The base-60 system allows for easy calculation of fractions, so it is easier to take, say, one-sixth of the grain or one-third of the harvest,” he explained.

The tablet also suggests that the ancient Babylonians had knowledge of what we refer to today as the Pythagorean triple. This is a set consisting of three positive whole numbers — a, b, and c — such that a2 + b2 = c2. The integers 3, 4, and 5 collectively form a well-known example of a Pythagorean triple, but the values on Plimpton 322 are often considerably larger. For example, the first row references the triple: 119, 120, and 169.

The ancients appear to have been fascinated by such order, not to mention triangular shapes. Pyramids were built, not only by the ancient Egyptians, but also by the Aztecs and other early cultures. It is even possible that the tablet was used to calculate how to construct many different types of structures, from palaces and temples to canals.

Babylon was a key kingdom within Mesopotamia, an ancient cultural region corresponding to modern-day Iraq, as well as parts of Iran, Syria, and Turkey.

“The ancient Mesopotamians built largely out of clay and mud, so their structures didn’t last that long,” Wildberger said, adding that there were a few exceptions, “the most notable being the Ziggurat of Ur, which is still around — it was restored by later kings and also by Saddam Hussein — and dates from before the old Babylonian period.”

Plimpton 322’s usefulness may not end with such applications, though. The researchers believe that its information has possible practical uses in surveying, computer graphics, and education.

As Mansfield said, the tablet presents a much simpler way of doing computational trigonometry. “It does not involve complex concepts, such as angles or irrational numbers, so it’s much easier to work with,” he said. 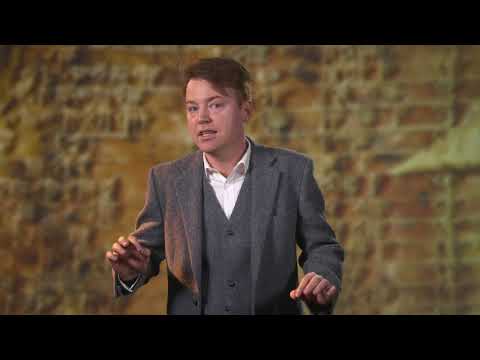