Oldest Known Fossils for Our Species Discovered in Morocco 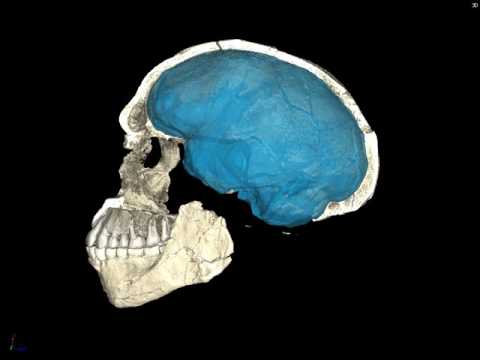 “Instead, we argue that the first Homo sapiens dispersed all over the African continent around 300,000 years ago,” added Gunz, who is a paleoanthropologist in the Department of Human Evolution at the Max Planck Institute for Evolutionary Anthropology (MPI-EVA). “These people were skilled hunters, so it is likely that they moved with their prey in the changing environments of Africa.”

The evidence for such hunting consists of stone tools and animal remains that were found at the site with the human fossils — skulls, teeth, and long bones — that belonged to at least five individuals.

Shannon McPherron, senior author of the second paper, explained that the stone tools belong to what is known as the Middle Stone Age. Prior to this time, the predecessors of modern humans — who, with our species, comprise a group called hominins — largely relied upon big and heavy stone tools, such as hand-axes and cleavers. In the Middle Stone Age, they developed lighter and smaller tools, such as sharp pointed objects.

McPherron, an archaeologist at MPI-EVA, said many experts “think that some of the points would have served as spear points, and this would have made these Middle Stone Age peoples more effective hunters.”

Based on the animal remains, the early humans’ prey of choice were gazelles. Fossilized zebras, wildebeest, and hartebeest were also found at the Jebel Irhoud archaeological cave site.

The ages of the finds were determined by thermoluminescence dating of the flint artifacts, which had been heated by fire. Daniel Richter of MPI-EVA, lead author of the second paper who directed the dating work, remembered how amazed he was when the results came in.

“When I first calculated the first ages, I couldn’t believe it and re-checked all parameters several times until I was sure that my thermoluminescence ages are alright,” Richter said.

RELATED: This Human Relative May Have Lived Alongside Our Species in Africa

Electron spin resonance dating was also employed, and was in agreement with the other results.

Middle Stone Age tool assemblages, similar to those at Jebel Irhoud, have been found throughout Africa, supporting Gunz’s statement that early Homo sapiens were nomadic hunters. Ecological barriers, such as the vast Sahara that experiences a “greening” wet period associated with plant growth every 15,000 or so years, likely played an important role in the evolution of our species. (The Sahara is currently in a dry period.)

“This ancient population structure might explain why Homo sapiens are so diverse, despite being so closely related genetically,” Gunz said.

Jean-Jacques Hublin, who is lead author of the first paper, Gunz, and their colleagues used state-of-the-art micro computed tomographic scans and statistical shape analysis based on hundreds of 3D measurements to show that the facial shape of the Jebel Irhoud fossils is almost indistinguishable from that of modern humans living today. The methods further indicate that a partial cranium from Florisbad, South Africa, and now dated to 260,000 years ago also belonged to a Homo sapiens.

It is little wonder then that Stringer was so puzzled by the Jebel Irhoud skull that was once incorrectly labeled as being an “African Neanderthal.”

Stringer notes that the human skulls from the Moroccan site show that these early Homo sapiens had delicate cheekbones versus those of other primates and hominins. They also possessed retracted faces and jawbones like those of people today.

The Moroccan human fossils, however, also reveal more primitive features, such as a longer, lower braincase, strong brow-ridges, and a larger face and teeth than what individuals have now. The braincase evidence is particularly important, as many anthropologists suspect that a series of genetic changes affecting brain connectivity, organization, and development occurred in Homo sapiens, distinguishing our species from our extinct ancestors and relatives.

Intriguingly, Stringer indicated that the fossils share some features with the remains of a hominin known as “Galilee Man” from a site called “Cave of the Robbers” of about the same age in Israel. They also share features with other hominin remains unearthed at yet another Israeli site, Tabun Cave, a rock shelter located on the edge of the coastal Mount Carmel mountain range.

While the preponderance of genetic and fossil record evidence support that the evolution of Homo sapiens took place in Africa, fossils also show that the earliest known primates originated in Asia more than 40 million years ago.

Fossils for a human-ish species called “El Graeco” from the Eastern Mediterranean were recently determined to represent the oldest known hominin. The point at which humanity diverged from other primates could have then happened in this region.

A clearer picture is emerging concerning what happened in Africa, however.

“Twenty years ago, I thought that Homo sapiens had a rapid and punctuational origin in a single location in Africa, perhaps East Africa,” Stringer said. “Now, I think it’s more like a multiregional evolution of sapiens within Africa, with different populations separated in different regions in the bad times — with some going extinct — and connecting up and exchanging genes and behaviors in the good times, climatically speaking.”

“We are hence an amalgam of different strands of sapiens evolution, woven together to make what we now call ‘modern humans,’” he continued. “While Morocco would have been thought of as a rather marginal area, perhaps lagging behind regions further east in terms of the evolution of ‘modernity,’ it now looks like an important area — well, at least it was about 300,000 years ago, and perhaps even further back.” 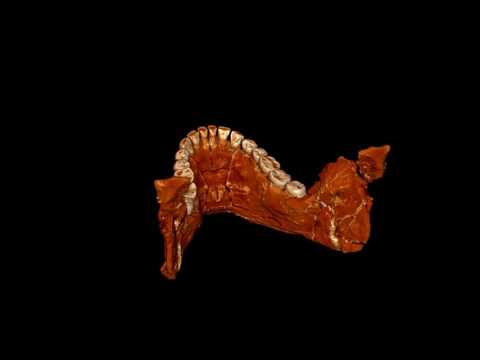