A statue of the deity Ptah was found buried with other “dead” statues, including of a sphinx, baboon, and cat.

After years of being washed, perfumed and fed in ancient Egypt, the statue of a revered Egyptian deity was given a proper burial with other "dead" statues more than 2,000 years ago, a new study finds.

Ancient Egyptians buried the statue of the deity Ptah — the god of craftsmen and sculptors — with other revered statues, including those of a sphinx, baboon, cat, Osiris, and Mut, in a pit next to Ptah's temple.

The statue of Ptah had likely sat in the temple for years, but it and the other sacred objects were respectfully buried after they accumulated damage and were declared useless by the ancient Egyptians, the researchers said. [See Photos of the Ptah, Sphnix and Other Statues]

"We can consider that when a new statue was erected in the temple, this one [of Ptah] was set aside in a pit," said study co-researcher Christophe Thiers, director of the French-Egyptian Center for the Study of the Temples of Karnak. "The other artifacts were also previously damaged during their ‘lifetime’ in the temple, and then they were buried with the Ptah statue."

Archaeologists discovered the pit in December 2014 at Karnak, an Egyptian temple precinct, and spent about a month excavating its rich assemblage. The pit held 38 objects, including:

Fourteen statuettes and figurines of Osiris.
Eleven fragments of inlay from statues.
The inlay included that of an iris, a cornea, a false beard, a cap, a strand of hair and an inlay plaque.
Three baboon statuettes (representing the god Thoth).
Two statuettes of the goddess Mut (one with hieroglyphic inscriptions).
Two unidentified statuette bases.
One head and one fragmentary statuette of a cat (Bastet).
One small fragmentary faience stele (a stone slab) recording the name of the god Ptah.
One head of a statuette of a man in gilded limestone.
One lower part of a statue of the seated god Ptah, sawn and repaired.
One sphinx.
One unidentified metal piece.

The favissa contained 38 objects, including (clockwise from top left) a male head made of gilded limestone, the lower part of the limestone statue of the god Ptah, a statuette of Osiris, and a limestone sphinx. | J. Maucor/CFEETK-CNRS-MoA

It appeared that the artifacts were buried in a certain order. After digging the pit, also known as a favissa (a cache of sacred objects that are no longer in use), the ancient Egyptians would have put down the lower part of Ptah's limestone statue. The statue was large, and it probably took two to three people to carry it, the researchers said.

Next to the statue, the Egyptians would have placed a wooden effigy of the god Osiris that had metal appliqué, including a beard and two feathers in its crown. Then, the other artifacts would have been distributed around these two artifacts, which were then covered with about 8 inches (20 centimeters) of backfill. This is where the ancient Egyptians placed a statue of a small limestone sphinx.

The pit was then covered with more backfill. At the top, the Egyptians placed a small male head made of gilded limestone, likely for protection, the researchers said. 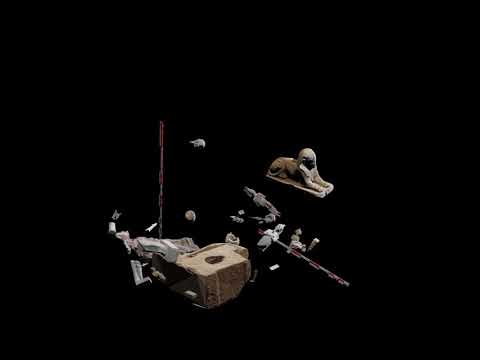 Rebirth awaits
The vast number of buried Osiris figurines and statues intrigued the archaeologists. Osiris was the god of fertility and of the dead in the underworld, but also of rebirth. It's possible the priests placed Osiris with Ptah because of his role in rebirth and regeneration, the researchers said.

​​​​​​"[Ptah] is waiting for rebirth," study lead researcher Guillaume Charloux, an archaeologist with the French-Egyptian Center for the Study of the Temples of Karnak, told Live Science. "It's protected by the sphinx. It's surrounded by the Osiris statues. We have the feeling here that it's waiting for rebirth, like mummies of pharaohs."

The study was published online Sept. 21 in the journal Antiquity. 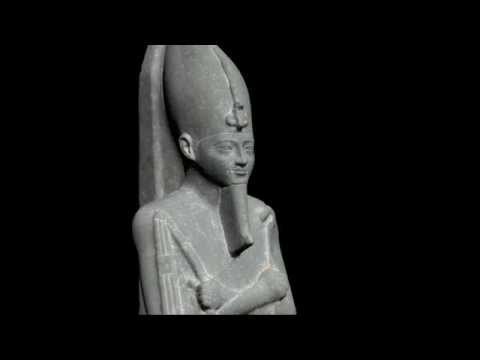 WATCH: Who Is the Mystery Mummy Buried in King Tut’s Tomb?