College Inventors Awarded for Leading the Future of Tech

The Lemelson-MIT National Collegiate Student Prize Competition handed awards to the most inventive team of students.

Today, six college students from across the nation were named winners in the prestigious Lemelson-MIT National Collegiate Student Prize Competition for their inventions. The prize money, totaling $65,000, was awarded in categories of health care, transportation, food and agriculture, and consumer devices.

"This year's Lemelson-MIT National Collegiate Student Prize Competition winners are inventors who recognize pressing issues and are pioneering concepts that will translate into impactful solutions," Joshua Schuler, executive director of the Lemelson-MIT Program, said in a statement. "Their work is as remarkable as their passion to mentor and inspire creative thinking among youth."

Stephen John and Joseph Barnett of Western Michigan University and graduate student Carl Schoelhammer of MIT were recipients of "Cure it!" student prizes. John and Barnett developed a device to provide respiratory support to infants by delivering pressure to prevent lung collapse, an invention that's expected to be particularly valuable to hospitals with limited resources.

Schoelhammer invented two methods of pain-free drug delivery via the gastrointestinal tract: the Microneedle Pill that can be ingested orally and the Ultrasound Probe to enable fast, local delivery of therapeutics to the GI tract.

In the "Drive it!" category, honors went to MIT graduate student John Siegel for his innovative hardware device that enables drivers to access real-time data from their cars' sensors and actuators. The hardware also allows for the development of apps that could potentially predict vehicle failures, provide remote control of vehicle functions and crowdsource info like traffic data and road conditions.

In the "Eat it!" category, Alexander Richter of North Carolina State University was recognized for developing a novel approach to delivering antimicrobial and antifungal pest control to crops.

Justin Keenan and Kevin Paroda from Pennsylvania State University were recipients of the "Use it!" award. They created ECHOdrive, an add-on for existing 3-D printers that allows continuous automated printing, mitigates warping of prints of all shapes and sizes and has remote printing capabilities.

The winners of this year's competition were selected from an applicant pool of students from 28 colleges and universities in the U.S. For more info on the winners, take a look at the video below. 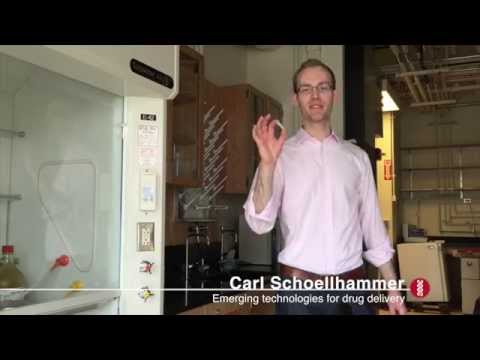 Patents are the DNA of inventions, spawning entire new industries, businesses and economies. The giving away of patents by Toyota to spur development in hydrogen fuel, and by Tesla to help kickstart electric vehicle technology, are recent examples. A study by the Brookings Institution finds that the most productive periods in the United States occurred during the early 20th century and the Great Depression. The rate of patenting is nearly as high today as at any time in U.S. history. The most patents (per capita) came in 1916, 1915, 1885, 1932, 2010, 2011, 1931, 1883, 1890 and 1917. Here’s a look at some inventions from those years.

Superstar-inventor Thomas Edison has claimed more than 1,000 patents, including the phonograph, light bulb and this electronic device that was key to the development of radio, television and computer transistors.

American-born British citizen Hiram Maxim invents a self-powered portable and fully-automatic machine gun that changes warfare. Its effects on society and the constitutional right to own it are still being debated today.

William Phelps Eno proposed the first set of traffic rules and signs in an article in Rider and Driver, although the first actual sign didn’t appear until 1915.

The discovery of a new “rustless” steel by British metallurgist Harry Brearley is announced in the New York Times. Brearley applied for a patent that year, but American Elwood Haynes beat him to it. Its shiny surface, strength and corrosive resistant properties revolutionized modern industry from skyscrapers to kitchen utensils, trains and planes to medicine.

Gideon Sundback figures out that 10 fasteners per inch works much better than four and invents the modern zipper, or “separable fastener.” Used to close boots and tobacco pouches, the zipper doesn’t get into clothing for another 20 years.

Harold “Doc” Edgerton began playing around with strobe lighting while a grad student at MIT, developing both stop-action and ultra-high speed photography. His images of exploding bullets, running athletes and milk droplets became iconic photos. He went on to invent underwater time-lapse photography, atomic bomb timing and lights for copiers and flash photography.

Edwin Land invents the polarizer, which filters light waves and reduces glare. He goes on to invent instant photography, while the polarizer leads to sunglasses, camera filters and LCDs.

Apple debuted its iPad tablet in April 2010. Its history goes back to 1983, when Apple CEO Steve Jobs said he wanted to build a computer that users could carry around like a book, plug into telephone communications and link to libraries and other databases. It has been successful, kind of.

This prosthetic hand is cheaper, lighter and doesn’t need wires or batteries. Garage inventor Mark Stark came up with this device to help a neighbor who had been born without a hand. It's now under commercial development.