An Arctic Heat Wave Is Giving Polar Researchers the Chills

Temperatures in the Arctic are running double digits higher than normal, despite the first rays of sunlight remaining weeks away.

In the high latitudes near the North Pole, sea ice cover is reaching its peak. The Arctic is still shrouded in perpetual night, the first rays of sun remain weeks away.

But for the past week, over much of the region, it’s been freakishly warm — so warm it’s alarming scientists who study the polar ice cap and how it interacts with the sea and sky around it.

In February, north of the 80th parallel, the typical temperature is about 30 degrees below zero Celsius (minus 22 degrees Fahrenheit), said Jennifer Francis, an atmospheric scientist and research professor at Rutgers University. “Right now, it’s more like minus 8,” Francis told Seeker.

For Americans, that’s about 18°F — sweater weather to some hardy northerners. Temperatures around the Arctic are running double digits higher than normal, and readings in northern Greenland popped above the freezing mark over the weekend — “which as far as we know hasn’t happened before,” Francis said. And parts of the Arctic Ocean off Greenland that normally hold the thickest sea ice are wide open, said Laurence Dyke, a paleoglaciologist at the Geological Survey of Denmark and Greenland.

“This is alarming in the immediate short-term, but it also does not bode well for the coming summer,” Dyke told Seeker. “This area should be frozen solid for months yet. I expect that sea ice will be much more mobile than is usual and will vulnerable to being swept out of the Arctic into lower, and warmer, latitudes to melt.”

The current anomaly is the result of a surge of warm water and air that’s been flowing northward from the Atlantic Ocean, said Walt Meier, senior research scientist at the National Snow and Ice Data Center in Colorado. It’s a pattern that’s been seen more often in recent years, and it may be related to the gradual shrinking of the winter icecap.

“Typically when a storm like this comes in, it hits the ice cover and it loses its energy,” Meier told Seeker. “It loses its heat, and it loses the moisture source, which is an energy source as well. That’s what typically would happen. The storms would fizzle out. But now there’s more room for them to build up steam in a way, to get in closer to the pole and extend into the ice cover.”

Sea ice usually reaches its maximum extent in mid to late-March, and it can still grow rapidly when the current system passes — but it’s running well below normal this year.

The Arctic is already warming twice as fast as the rest of the globe as heat-trapping carbon dioxide and other gases build up in the atmosphere as the result of human emissions. Sea ice over the northern polar region has set successive record winter lows the past three years. Summer minimums have been running well below the 1981-2010 average as well.

In December, the National Oceanic and Atmospheric Administration concluded the Arctic “shows no sign of returning to the reliably frozen region of recent past decades.” And for the first time this year, a commercial ship — the natural gas tanker Eduard Toll — made a winter crossing of the Northern Sea Route along the Russian coast without an icebreaker carving out a path ahead. 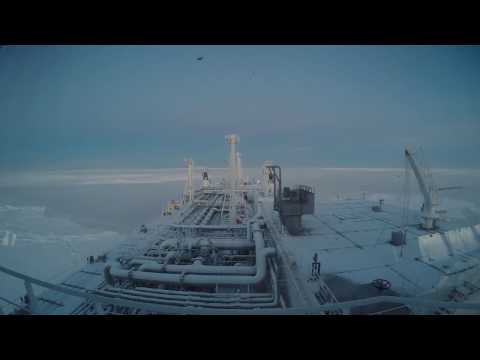 Polar ice helps the Earth shed heat back into space, while having less ice means the wine-dark sea can absorb more of the sun’s energy. And the differential between the frigid Arctic and the warmer middle latitudes drives the jet stream, the high-speed current of air that regulates much of the Northern Hemisphere’s weather.

That’s contributing to the whipsaw weather in places like Europe and the Americas, Francis said. A weaker jet stream swings further north and south, bringing summer-like weather to the US Northeast and plunging Europe into a deep freeze that saw snow falling as far south as Rome. Those steep swings also move more slowly from west to east, Francis said.

“The result is we tend to be seeing more very persistent weather conditions,” she said. “So whatever you’ve got — whether it’s hot or cold or stormy or rainy — it tends to last longer now than it used to.”

Hot streaks like this week’s have been recorded for as long as humans have been exploring the poles. But they’ve become more frequent in recent years, Norwegian, American, and German researchers documented in a 2017 study. Meier said that may be a result of the shrinking sea ice, which has been dropping by about 13 percent per decade in recent years.

“We’re still trying to connect it and understand if this is going to be a common thing, or if we’re going through something unusual, but I think it’s definitely more likely to happen with the lower sea ice,” he said.

And Francis said this week’s weird warmth is “very clear evidence” of the changes humans have wrought on Earth’s climate — but it might also help some people recognize the process is real.

“The impacts are very clear, and climate change is not something to worry about for your grandchildren,” she said. “It’s happening right now."