WATCH: Bumblebees Can Play Ball, and Are Smarter Than We Know

The learning potential of bumblebees and the roughly 30,000 different species of bees around the world could be much higher than previously thought.

The term "B-ball" could soon take on an entirely new meaning. New research shows that bumblebees are capable of learning how to play a game that essentially involves getting a ball into a kind of hoop - and spectator bees can learn how to play as well, just by watching the others.

A team of researchers at the Bee Sensory and Behavioral Ecology Lab at Queen Mary University in London conducted the experiments in order to better understand how tiny brains and miniature nervous systems can accomplish so much.

According to their study, which was just published in Science, the fact that bumblebees aced the game demonstrates their ability to use tools, solve new problems, achieve goals, learn from observation and even improve on what they learn.

"What our work shows is that if bees don't use tools in nature, then this is not because they are too stupid to use them. Clearly they can," senior author Lars Chittka of Queen Mary University told Seeker. "As with many other clever behaviors observed in domesticated or laboratory animals, the fact that these intelligent behaviors are not, or are rarely, observed in nature simply means that animals find easier ways to get what they want in their natural environments, not that they're not intelligent."

RELATED: For the First Time, the U.S. Has Declared a Bumblebee Endangered

The scientists placed bumblebees on a platform and trained them to move a yellow ball from the edge of the platform to the center, incentivizing the effort by using a sugar solution as a reward. During this initial round, three balls were present and the two closest balls were glued in place, so the bee had to move the farthest ball in order for it to receive the sweet treat. 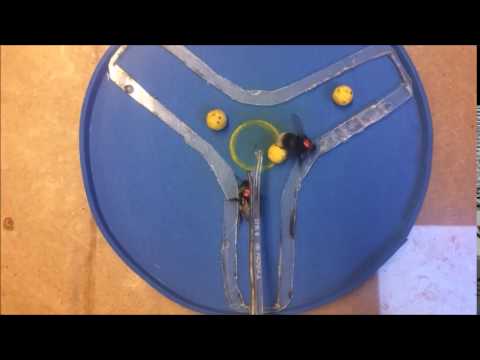 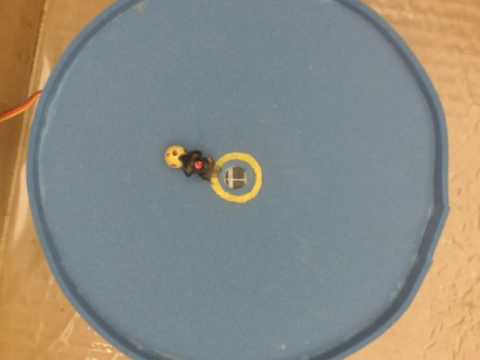 Olli Loukola, the study's lead author, told Seeker that earlier research found that honeybees and bumblebees can be trained to push a cap and other objects, while other studies had shown that stingless bees can rotate levers and that bumblebees can purposefully pull a string in order to receive a reward.

"Our study puts the final nail in the coffin of the idea that small brains constrain insects to have limited behavioral flexibility and only simple learning abilities," Chittka said. "In some cases, a bigger brain might just support more storage capacity - equivalent to a bigger hard drive - rather than more advanced computing capacities, equivalent to a better processor."

Nevertheless, humans obviously accomplish a wider variety of complex tasks, so it has long been assumed that our large brains are a prerequisite for such abilities. Loukola and his team aren't so sure.

It could be that "subtle tweaks of existing neural circuitry," as Chittka put it, could lead to advanced cognition. The environment in which our ancestors evolved also must have played a role.

"Humans might just be unique in that somewhere early in hominid [early human] evolution and tool manufacture, they themselves created an environment with selection pressures towards the further refinement of such abilities," Chittka said.

The takeaway is that the learning potential of bumblebees and the roughly 30,000 different species of bees around the world could be much higher than we think. Bees are already being trained to sniff out drugs, explosives and more.

Top Photo: Series of images showing how a bumblebee successfully moved a ball to a target in order to obtain a food reward. Credit: O.J. Loukola et al, Science 2017