It was the third successful test flight in less than five months.

Billionaire Jeff Bezos' private spaceflight company Blue Origin launched a prototype reusable rocket into space and then landed it back on Earth on today (April 2) in an epic third successful test flight in less than five months.

During today's unmanned test, Blue Origin's New Shepard rocket and capsule launched into suborbital space from the company's West Texas test site, its proving ground for reusable boosters. The capsule separated in space and returned to Earth via a parachute, while the New Shepard rocket descended on a plume of fire to stick its third vertical landing.

Bezos wore a pair of custom cowboy boots emblazoned with Blue Origin's motto "Gradatum Ferociter" (Step by Step, Ferociously) during the launch. The billionaire wrote on Twitter that the boots, a gift from a friend, brought good luck for the flight.

Saturday's test flight - which Bezos announced via Twitter on Friday (April 1) - marked the third vertical launch and landing demonstration by Blue Origin's New Shepard rocket and capsule since the booster made its first successful vertical landing on Nov. 23, 2015. The rocket made another successful landing on Jan. 22.

Blue Origin plans to use New Shepard and its capsule to launch paying passengers on trips into space, though the company has not yet announced how much such space tourism flights will cost.

The New Shepard rocket and capsule can carry up to six people into space, but not high enough to reach orbit. The suborbital capsule is capable of flying higher than the 62-mile (100 kilometers) boundary between Earth and space, then descends and lands via parachute. After separating from the capsule, the booster uses its thrusters to descend vertically onto a landing pad, where it sets down gently enough to be reused in later launches.

In his Friday Twitter posts announcing Saturday's launch, Bezos promised what appeared to be the most ambitious test flight yet for New Shepard and Blue Origin.

The flight, Bezos promised, would be "pushing the envelope" with New Shepard restarting its BE-3 rocket engine just 3,600 feet (1,097 meters) above the ground during its landing.

New Shepard's Crew Capsule also carried a more efficient reaction control system algorithm that would yield a "Big performance win if it works," Bezos added. Cameras on flying drones were in place to capture the feat.

One experiment, called the "Box of Rocks" Experiment," was exactly like it sounds: a box of rocks launched into space to observe how the rocks move in weightlessness. The experiment was designed by researchers at the Southwest Research Institute to understand how rocky soil on small asteroids moves. 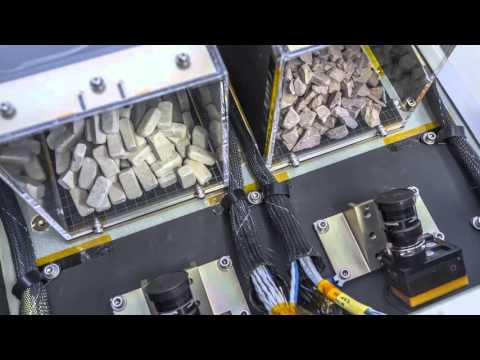 The second experiment, called the Collisions in Dust Experiment, was created by researchers at the University of Central Florida. It included a marble that would be dropped into a bed of dust to study how collisions between particles in the early solar system worked.

PHOTOS: How to Fly Rockets Back to Earth

By developing a reusable rocket, Blue Origin hopes to lower dramatically the cost of its launches. The company in not alone in this pursuit. Its competitor SpaceX, founded by billionaire entrepreneur Elon Musk, is also pursuing reusable rocket technology for its Falcon 9 rockets.

In December, SpaceX landed the first stage of its orbital Falcon 9 rocket on land, becoming the first entity ever to accomplish this feat during an orbital launch; the company has also made several nearly successful tries to land the booster on an ocean platform. SpaceX, however, has not yet reused a Falcon 9 rocket stage, though the company says that is a goal for 2016.

With crews of three to six people to support, the International Space Station (ISS) has a tough job that it can't do all on its own. The facility depends on regular resupplies from Earth to carry food, water and equipment for the astronauts on board -- not to mention all the science experiments.

However, in the past year, three separate programs have suffered failures to their resupply programs. But overall, the track record of the program has kept the ISS flying with people continuously since November 2000. On Wednesday (Aug. 19), the Japanese Space Agency (JAXA) launched their H-II Transfer Vehicle (HTV) on a 5-day mission to the ISS.

Let's take a tour of the space station's fleet of private and government-run resupply spaceships.

There were five European Automated Transfer Vehicles (ATVs) that carried supplies to orbit. They were capable of carrying dry cargo (such as hardware) and fluid cargo (such as station fuel) inside for transfer for the station. The pressurized section, which made up 90 percent of the cargo carrier, could be accessed by two astronauts for up to eight hours to allow ample time for unloading. The last ATV departed the station in February 2015 and broke up as planned in the atmosphere, laden with sensors. The intention is to design better cargo spacecraft in the future, ESA said at the time.

Cygnus is a spacecraft developed by private company Orbital Sciences Inc. under a Commercial Orbital Transportation Services contract from NASA. The spacecraft has made four attempts to reach the International Space Station since September 2013; the latest one, in October 2014, ended in an explosion due to a problem with the rocket that was carrying it. Cygnus "borrows" from the design of other products Orbital has created for spaceflight. For example, the service module has avionics, propulsion and power systems used in GEOStar communication satellites.

Like Cygnus, Dragon was also developed using NASA funding from the Commercial Orbital Transportation Services program. Out of nine resupply runs to the station, Dragon has made it safely all but once (in its latest attempt in June, due to a rocket failure.) The spacecraft can carry sensitive biological experiments such as mice or blood samples. It was the first to dock with the space station in 2012. SpaceX is now using a similar design to create a human-rated spacecraft that would fly no earlier than 2017.

The H-II Transfer Vehicle (HTV) -- also known as Kounatori, which means "white stork" -- has now launched five times to the International Space Station since 2009. The fifth HTV cargo run is currently in progress having launched on Wednesday (Aug. 19) and due to arrive at the space station on Monday (Aug. 24).

MORE: Japan Launches Critical Supplies (and Mice) to the ISS

The spacecraft includes a pressurized internal section for crew cargo or experiments, and an exposed pallet that carries experiments or spare parts to be mounted outside of station using the Kibo robotic arm. While the current HTV mission is the final launch under the JAXA-NASA agreement, NASA spokesperson Stephanie Schierholz told Discovery News that the agencies will add at least two more HTV flights -- more are possible as well.

Progress is by far the longest-running workhorse of space station cargo ships. Versions of the spacecraft have been in use in space since 1978. The Progress-M spacecraft has made nearly 60 flights to the ISS, carrying dry cargo as well as fuel to the orbiting complex. In recent years, a Progress was lost in 2011 due to a launch failure. Earlier this year, a Progress made it to orbit but could not be controlled to direct it to the station.

The space shuttle wasn't only a space station cargo ship, it also played a leading role in

the International Space Station. Crews of up to seven people could be accommodated in its cabin while not losing any space for cargo, which would ride in the back payload bay. Some of the major parts of the station hauled to orbit include the Unity Node (the first U.S. part of the station), the Cupola viewing windows, the Joint Airlock and the robotic Canadarm2 that is used to assist astronauts during spacewalks. The shuttle was retired in 2011.