The secretive start-up company Magic Leap just released a demo of how it sees the future.

This week, a company named Magic Leap released a demo of its technology product that claims to bring "mixed reality" to users.

Magic Leap is known for keeping their work under a tight lid, but that hasn't stopped the company from raising as much as $4.5 billion in funding. Publishing a video showing the product in action was a pretty big deal for the tech world. Watch it below: 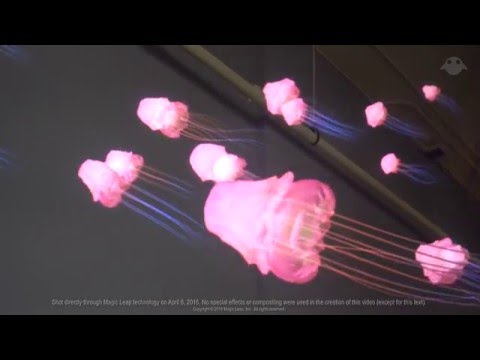 There's a lot going on in this video. There's a heads-up display of daily reminders, a 3-D rendering of a child's Mt. Everest school project, and jellyfish peacefully swim across the plane of vision, among other little touches.

According to Gizmodo, the technology requires the user to wear a headset to get the mixed reality experience and removing the device is as simple as "taking off sunglasses."