Artificial Glaciers Could Save Himalayan Communities

The geometric shape of these "ice stupas" keeps them frozen until spring, when water starts to become scarce.

Water from seasonal glacial melt has become dangerously unreliable in Ladakh, India, an arid and mountainous region in northern India. Climate change messed with nearby glaciers to the point where the people who live in this trans-Himalayan area face extreme water shortages each spring.

Local engineer and educator Sonam Wangchuk came up with a clever solution. His approach involves forming 100-foot-tall artificial glaciers that resemble mound-shaped Buddhist shrines called stupas. An underground water pipe taps into a mountain stream or lake, and then gravity causes pressure to build so the water surges into the air from a vertical pipe.

When the water falls, it passes through the cold, dry air and freezes. After a few weeks, the frozen water builds up into a mountain of ice. Wangchuk's idea was inspired by another Ladakhi engineer, Chewang Norphel, who worked on flat artificial glaciers. The ice stupas have the advantage of a geometric shape that keeps them frozen until at least the late spring, when every drop of water starts to become precious to villagers.

More than a neat concept, Wangchuk's crowdfunded and collaboratively constructed prototype last year sent glacial water from the mountains through a pipeline to a village desert nearly a mile and a half away. That ice stupa actually lasted until early July, and provided nearly 400,000 gallons of water, according to the project description.

RELATED: Video: What Happens If All The World's Ice Melts?

This month Wangchuk received a 2016 Rolex Award for Enterprise in recognition of his environmental work. The awards, now in their 40th year, honor individuals worldwide who take on major global challenges. Laureates receive nearly $100,000 apiece for their projects, and Wangchuk indicated he plans to make 20 more ice stupas with his funding.

"We Ladakhis are the frontier to face climate change," Wangchuk told the Rolex Awards for Enterprise. "We have to be resilient, clever enough, innovative enough to adapt to these changes so that our younger generation is ready to survive and flourish in these mountains." Watch how the beautiful and innovative ice stupa artificial glaciers are created here: 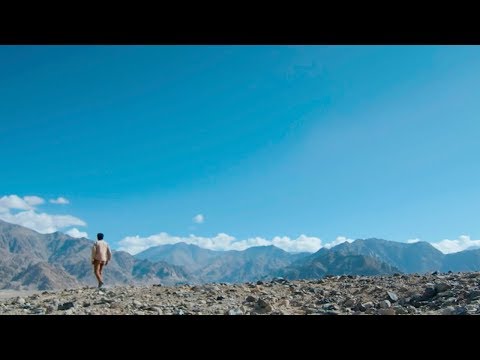