Apollo 10 Astronauts Heard Odd 'Music' on Far Side of Moon

It’s unclear if the astronauts ever heard the noise on subsequent passes or if other astronauts on later missions heard the sound.

The astronauts who flew the dress rehearsal for the first lunar landing reported hearing mysterious "outer space-type music" while flying behind the moon in May 1969.

The case of the odd, unexplained whistling noise is uncovered during an upcoming episode of the Science Channel series, "NASA's Unexplained Files." The episode focuses on a strange event experienced by the crew members of Apollo 10, a mission which flew to the moon, entered lunar orbit and got within 5,000 feet of the moon's surface in preparation for Apollo 11's historic flight two months later. 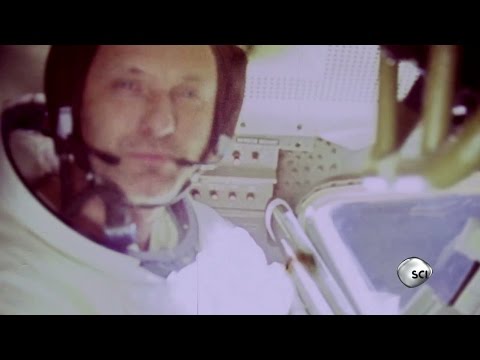 The Apollo 10 astronauts – Tom Stafford, John Young and Eugene Cernan – can be heard on recordings from the flight talking about the strange sound, and whether to tell NASA about it.

"It sounds like, you know, outer space-type music," one of the astronauts says.

"Shall we tell about it?" an astronaut asks.

"I don't know," another replies. "We ought to think about it."

There's no record of the astronauts discussing the noise with NASA or with the public. It's unclear if the astronauts ever heard the noise on subsequent passes on the far side of the moon or if other astronauts on subsequent missions heard the sound. Young eventually flew back to the moon and walked on it as the commander of Apollo 16. Cernan commanded the Apollo 17 mission and was the last man to walk on the moon. Stafford flew in space again, but never journeyed back to the moon. 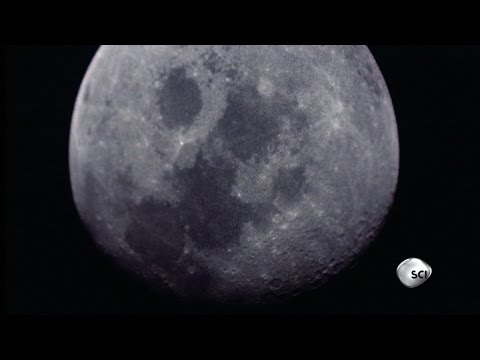 The May 1969 tapes were recorded while Stafford, Young and Cernan were on the far side of the moon, out of radio communication with Earth. The whistling sound lasted nearly the entire hour the astronauts were out of touch. Later, the recordings were sent back to Mission Control where they were transcribed, archived and classified, per protocol.

The conversation was eventually unearthed in 2008.

Some technicians have speculated the sound may have originated from interference from VHF radios on the command module and lunar module interacting with each other, according to researcher and author Andrew Chaikin.

Lunar Phases: The Changing Face of the Moon

But not everyone buys that explanation.

"The Apollo 10 crew is very used to the kind of noise that they should be hearing," Apollo 15 Command Module Pilot Al Worden said in a clip from the episode. "Logic tells me that if there was something recorded on there, then there was something there."

This originally appeared on FoxNews.com/SciTech

The far side of the moon as photographed by Apollo 16 astronauts in 1972.

Apollo has never looked better. More than 40 years after the astronauts explored the surface, two photo projects are showing us the moon as only a handful of people has seen before.

" easily exceeded its initial goal and will begin shipping hardcover books next year. This is some of the science these photos helped NASA perform.

Some rumors circulated in the late 1960s that the first Apollo astronauts to land on the moon may very well sink into the surface. That wasn't really the worry for NASA during Apollo 11; after all, the Surveyor 3 (U.S.) and Luna 9 (Soviet) spacecraft had arrived safely, among others, with little evidence of subsidence. But NASA was interested in how well the lunar module performed when astronauts arrived on the surface. In pictures, NASA surveyed information such as how far the feet penetrated into the surface, and how much of a divot the engine exhaust left behind.

MORE: Fragile Apollo Artifacts in Need of Some Love: Photos

NASA was also interested in knowing how the investigators' experiments worked on the surface. Some of the experiments were used multiple times in missions, such as the foil solar wind composition collector seen here from Apollo 12. By asking the astronauts and looking at pictures of the deployed experiments, the investigators could make improvements from mission to mission to better data collection or other aspects of the mission.

Without the lunar rover, the Apollo missions would have had severely limited surface operations. The rovers could carry equipment, samples and astronauts for many miles across the surface, allowing for more intensive investigations. NASA took care to make sure the astronauts observed a "walkback limit", just in case the rover broke down and the crew had to hike back to the lunar lander.

As the Apollo program matured, the astronauts received advanced training in geology so they could better make choices about their work on the surface. This allowed them to select rocks representative of the environment, and to give detailed descriptions to Mission Control about their surroundings that could be recorded for the geology team. As a part of that, Apollo 15 commander Dave Scott did a brief survey of the landscape before even setting foot, perched inside the lunar lander and sticking his torso outside to take pictures and relay information to NASA.

Where were the astronauts on the surface of the moon? That was no trivial question after astronauts began using rovers to get miles away from their landing site -- this shot from Apollo 16 gives you a taste. NASA closely monitored the astronauts' discussions, looking at television cameras and trying to plot their best estimates of the crew's location on orbital maps. Later on, when the pictures were developed, NASA and others looked at them to pin down where the astronauts physically were.

MORE: When (Part of) Apollo 13 Reached the Moon

While the astronauts described their surroundings as best as possible, NASA had a special color tool available to "calibrate" the images on the moon to their true color. An identical copy of this scale was on Earth, making it possible to do comparisons from afar as to what color the moon's regolith (soil) really was. That turned out to be very important on Apollo 17, when the astronauts found what they thought was orange regolith in an otherwise greytone landscape. They were right; it was the tint of volcanic glass.