The last of NASA's original Mercury Seven astronauts, who made the first U.S. orbital spaceflight in 1962, has died at age 95.

Former astronaut and U.S. Sen. John Glenn, 95, has died in his home state of Ohio after being hospitalized more than a week.

"John Glenn is the last of the original seven American astronauts who truly had the 'right stuff.' On top of paving the way for the rest of us, he was also a first-class gentleman and an unabashed patriot," U.S. Sen. Bill Nelson, a Florida Democrat, said in a statement.

The first American to orbit Earth "died peacefully," a statement from his family and Ohio State University said. "He left this Earth for the third time as a happy and fulfilled person," the statement said.

Glenn's 4-hour, 55-minute spaceflight on Feb. 20, 1962 marked a turning point in the tense race with the Soviet Union to develop missiles capable of precision strikes across the continents. Space was where the technology was showcased and until Glenn's flight, America was behind.

"Here were what we thought were these backward Russians putting up a satellite. Then came the Cuban missile crisis and we had this incredible tension between the Soviet Union and us. All these problems made Glenn's flight rewarding, but it was not the end-all be-all ... It was a step on the way to winning the Cold War," he said. 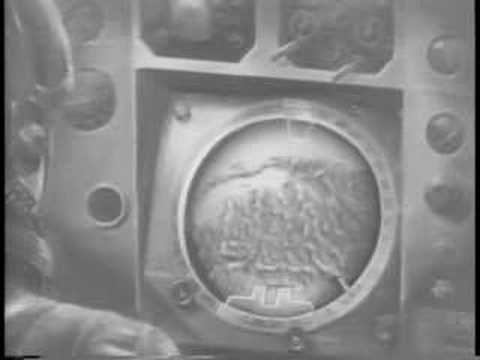 Before Glenn strapped himself inside the Friendship 7 capsule and blasted off, two of his Mercury Seven brothers, Alan Shepard and Gus Grissom, had made short suborbital spaceflights. Wary of the Soviets and despite just 31 minutes of total U.S spaceflight experience, President John F. Kennedy issued a brash call for astronauts to land on the moon before the end of the decade.

Against that backdrop came Glenn, a straight-laced Marine Corps pilot from Ohio who had flown 59 combat missions during World War II and 100 missions in Korea before being selected as one of NASA's first astronauts.

In addition to Shepard, Grissom and Glenn, the Mercury Seven included Scott Carpenter, Gordon Cooper, Wally Schirra and Deke Slayton. Glenn, the eldest of the group, was the last surviving member.

Glenn made three orbits around Earth, reaching a maximum altitude of about 162 miles and a speed of about 17,500 mph before splashing down 800 miles southeast of Cape Canaveral, Florida, near Grand Turk Island. He returned home an instant hero, honored with a ticker-tape parade in New York City and a Congressional Medal of Honor from President Kennedy.

RELATED: The Gemini Missions: Paving the Path for Apollo

"John Glenn made us whole again!" author Tom Wolfe wrote in a 2009 column for The New York Times.

After leaving NASA in January 1964, Glenn parlayed his fame into politics, serving as a U.S. senator from Ohio from 1974 to 1999 and as a 1984 Democratic presidential candidate.

In 1998 while still a senator, Glenn made a long-desired second spaceflight, this time aboard a NASA space shuttle and accompanied by six crewmates. The premise for the trip was to study the effects of spaceflight on the elderly for the National Institutes of Health. At age 77, Glenn remains the oldest person to have flown in space.

Glenn is survived by his high school sweetheart and wife of 73 years, Annie, their two children and two grandchildren.

WATCH VIDEO: Why Did Mercury 13 Never Fly in Space?