What Did the U.S. Learn From the Worst Methane Leak in Its History?

100,000 metric tons of methane leaked into the atmosphere

Earlier this month, officials were finally able to cap a leak at a natural gas storage facility in Aliso Canyon, California, about 70 miles (113 km) south of Los Angeles. The leak was first reported on October 23, 2015 and, by the time the temporary cap was put into place, an estimated 100,000 metric tons of methane gas had spewed into the air. Scientists classify methane as the second-worst contributor to climate change. It traps heat within the atmosphere, causing temperatures to rise and arctic ice to melt, among other effects. While it disperses quicker than carbon dioxide, it is highly concentrated and linked to a host of health problems when ingested by people.

In addition to methane, independent researchers found concentrations of other potentially-dangerous compounds in the nearby city of Porter Ranch. Now, California lawmakers are proposing legislation that would temporarily halt Southern California Gas from storing natural gas at that facility until thorough safety measures are in place. Some leaders, though, are pushing back, saying it's too risky to completely shut off the facility that supplies 60 percent of the gas used by 5.6 million residential customers, 215,000 commercial and industrial users, and 52 electric power plants, according to the Los Angeles Times. 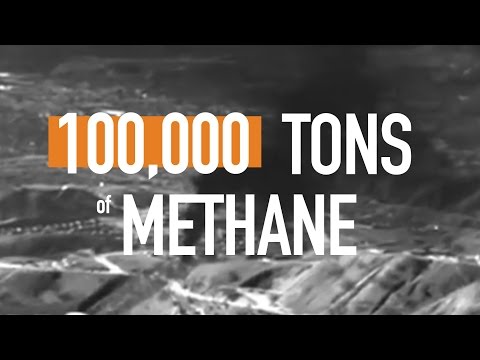