Some of their advice was unexpected.

So, grandma, how did you make your marriage last?

Cornell University sociologist Karl Pillemer set out to uncover the secrets to living happily ever after so he asked hundreds of older people about love, relationships, and marriage. Some of their answers were unexpected.

Pillemer, a professor of human development, has been surveying elderly people for the past decade about a variety of subjects. For his Marriage Advice Project and latest book, he interviewed 700 older Americans in what he says is the largest in-depth study of long-married people ever done.

Their average marriage length was 43 years - and the longest lasted for 76 years.

Several key insights were things you've probably heard before, maybe even from a grandparent. For example, emphasizing experiences and people over material possessions. Or asking yourself old-fashioned questions like "Do we share similar values?" and "Do we both want children?" before tying the knot.

Other suggestions weren't as obvious. Small positive gestures called micro-interactions contributed to strong relationships. That means doing thoughtful things on a regular basis like performing a chore for your partner or walking the dog when it's not your turn.

Another was doing due diligence before committing by asking whether this person will be a good provider. Sounds slightly outdated at first, but when two people merge their economic lives, they should be on the same page about money management. Avoiding debt also prevents fights that can fray a relationship.

And, uh, what about sex? Intimacy can grow and get better over time, Pillemer found.

"...as people grow older, I found that the concept of sex expands to include many kinds of intimacy, like the importance of touching and holding," he said in a description of his research. "They told me that in a long relationship, when you are changing together the spark changes too -- but doesn't die." Oh, and staying in shape helps.

Turns out that friendship matters more than a romantic spark in the long-run. Rather than argue over competing interests, the elderly interviewees suggested embracing them. Go to the ballet, try playing golf, and you might end up sharing meaningful experiences.

Single People Can be Happy, Too

When Pillemer interviewed an elderly man named Eugenio for the Marriage Advice Project, here's what he said about "until death do us part" (warning: might want to have a tissue handy): 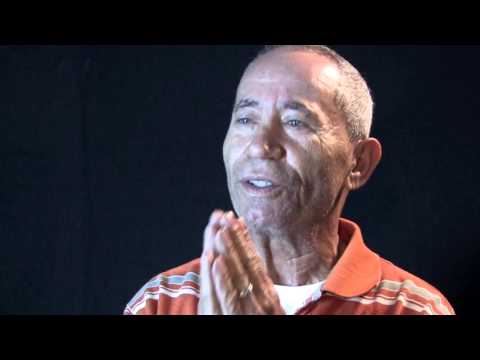 Ultimately, going the distance in a relationship is hard. The elderly interviewees prove that success requires discipline, resilience, and self-awareness. "You have to know who you are, and what you want to do with your life," advises Mary Lee, age 83. Love really can last, even if we don't.