If you're skeptical about the courage of dogs and their determination to save loved ones in danger, get ready to change your mind. These seven stories of dogs who faced cougars and bulls, warned of seizures and called 911, and in one case bit off an infected toe, will have you treating your dog a [...]

If you're skeptical about the courage of dogs and their determination to save loved ones in danger, get ready to change your mind. These seven stories of dogs who faced cougars and bulls, warned of seizures and called 911, and in one case bit off an infected toe, will have you treating your dog a lot better. If you don't have one, watch out - you may find yourself on the way to the pet shop. 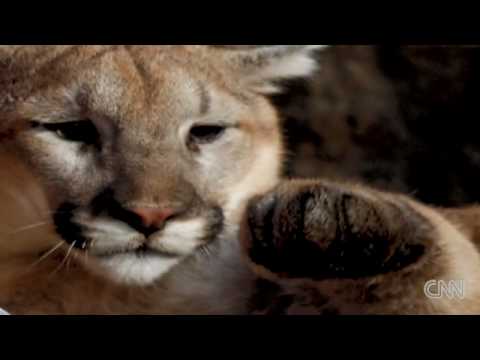 Few dogs are more appropriately named than Angel. When her 11-year-old owner Austin came face to face with a cougar, the Golden Retriever stepped between them. As she battled the wild cat, the family called the police.

The cougar was shot, and Angel walked away with some injuries - a punctured sinus and wounds on her head and leg. But she survived and Austin was untouched.

Not too many people know what to do when someone has a heart attack, other than call 911. But Teka, an Australian Cattle Dog, skipped the phone call when her owner, Jim Touzeau, suffered a massive heart attack. Not only did she bark in his face to revive him and run outside barking to attract attention, she climbed on his chest and jumped up and down.

When medics arrived, they couldn't say whether or not Teka's unusual version of CPR had any effect, but Touzeau feels indebted to her. And her efforts didn't go unnoticed: Teka was given a Purple Cross medal for bravery by the Royal Society for the Prevention of Cruelty to Animals.

3. Lily vs. Domestic Violence (and a Samurai Sword) 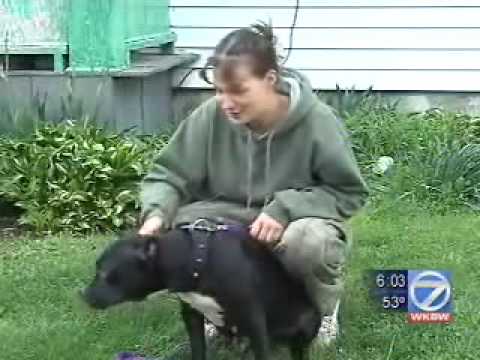 When Diana Walbert's boyfriend assaulted her, her pitbull Lily didn't stand for it. While holding a samurai sword and threatening Diane, Nicholas Clark felt Lily's teeth sink into his leg. He left his girlfriend alone and took the only escape route he could find, out the window.

But as he hid between two mattresses in the backyard, dogs helped the cause of justice again: A police canine team found him without difficulty.

Barry Woodson of Alburnett, Iowa raised his beloved pet from birth. But when Woodson took the 2,300-pound bull to the vet, the animal suddenly turned and attacked him. The veterinarians beat the bull without success.

But then Woodson's other pet, Tater, stepped in. The 35 pound dog attacked the bull, 65 times her weight, and fended him off until Woodson could escape. Tater, whom her owner calls "a tough devil," is the new favorite. 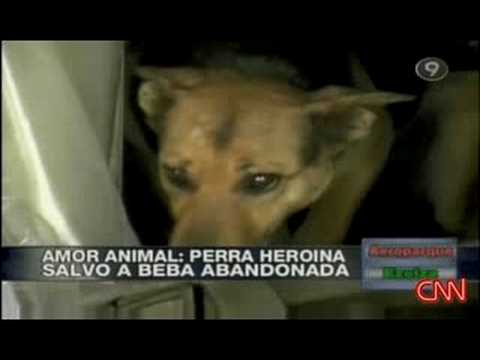 China, a stray dog in Argentina, was a mother of six pups. When she came across a newborn boy, abandoned by his 14-year-old mother, her mothering instincts kicked in. China brought the baby home and cared for it until a neighbor heard him crying, and found him.

At first, Yolanda Segovia of Port Tampa, Florida, was hesitant to take in the lost dog her neighbor had found. She didn't want her two sons to get attached to the animal, only to be disappointed if his owner came to claim him. But a few days later, he was becoming part of the family; Yolanda's younger son dubbed him RaeLee, pronounced "Riley."

And like any good family member, RaeLee protected his own. One night, he ran to Yolanda, barking wildly, and led her to the room where her older son, who suffers from Down syndrome, was having a seizure. Had it not been for the dog, he most likely would have died.

Dogs who warn their owners of fires and save them from obvious danger are pretty remarkable, but a Michigan Jack Russell terrier named Kilo took things to a whole other level. The life of his owner, Jerry Douthett, was in danger, but Jerry didn't know it- he had Type 2 Diabetes.

One of Jerry's big toes was infected and getting worse; diabetes weakens the body's ability to fight infections. He put off seeing a doctor, afraid of what the diagnosis might be. After one night on the town, Jerry passed out at home. That's when Kilo took action - by biting off the infected toe. Jerry went to the hospital, and was diagnosed with diabetes.

What's shocking is that Jerry seriously considered having Kilo euthanized, until he figured out what would have happened had the dog not been alerted by the unhealthy smell of his toe. "If it hadn't been for that dog, I could have ended up dead," he told the Grand Rapids Press.