he Cybathlon is a championship for racing pilots with disabilities, who are using advanced assistive devices including robotic technologies.

ETH Zurich and the Swiss National Competence Center of Research in Robotics have teamed up give paralympians the new forum. These athletes already take advantage of assistive systems, some of which are becoming increasingly cybernetic, combining traditional prosthetics with robotics.

Aside from the 2012 controversy over whether paralympic sprinterOscar Pistoriushad an advantagein his carbon-fiber prosthetic legs, there are continual incremental advances in drag-reducing suits for swimmers and runners. Any event which requires hardware (shooting, archery, cycling, and so forth) is only going to become more heavily skewed towards tech, as human performance improvements will inevitably be eclipsed by technology, simply because it's a lot easier to improve technology than it is to improve humans.

Prosthetics are transitioning from passive systems to active ones, capable of sensing a user's intent (through nerve or brain interfaces) and use motors and actuators to more effectively replace a real limb. The goal right now is to be able to provide capabilities similar to that of a human limb, but eventually, we'll transcend biology, which is part of the reason why we need an entirely new type of competition.

According to the competition guidelines, "The assistive devices can include commercially available products provided by companies, but also prototypes developed by research labs. There will be two medals for each competition, one for the pilot, who is driving the device, and one for the provider of the device. The event is organized on behalf of the Swiss National Competence Center of Research in Robotics (NCCR Robotics)."

At some point, and it may be soon, paralympic athletes using robotic systems will be able to match, and then almost immediately surpass, unaugmented human athletes. Take the very first wire loop task, for example. The rules don't (at least at this point) say anything about sensors. Conceivably, you could set up your prosthetic arm to make it impossible (or at least, very difficult) for the user to screw up, with the arm actively preventing any motion that would result in a penalty. Extending this to a mildly absurd but not entirely unrealistic endpoint, with a good enough combination of sensors and actuators, the human user could just grab onto the conductive wire loop and walk down the course, relying on their arm to autonomously perform all of the necessary movements.

We'll find out on October 8, 2016, when the first Cybathalon event is held in Zurich, Switzerland. Get more details on each event by watching the video below or by visiting the Cybathalon website.

Get more from IEEE Spectrum

Don't Worry, Doctor Robonaut Is Here to Help Startup Spotlight: Prensilia Developing Robot Hands for Research, Prosthetics Your Dad's Next Nurse Might Be a Robot This article originally appeared on IEEE Spectrum; all rights reserved. 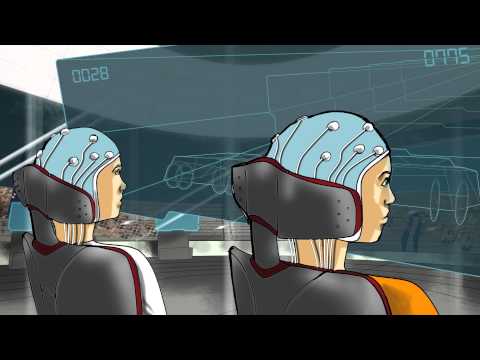